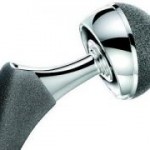 The facts and statistics regarding the hip replacement recall by DePuy are sobering. Over 90,000 patients had the device implanted before the DePuy recall in August of 2010. Of those, roughly 12,000 will have to have a second revision surgery, which is associated with a lower chance of success and a lengthier recovery period. Some people will also experience metal toxicity due to cobalt and chromium particles released into the bloodstream. Everyone who received the systems covered under the recall, regardless of whether they are currently experiencing any adverse effects, will need to be closely monitored in case there are future problems. While these facts do illustrate the seriousness of the problems with the DePuy devices, they don\’t show how the individuals who received them have been affected. Here are just four stories from people who received defective DePuy devices. There are thousands more.

This 51-year-old who resides in Hawaii received a DePuy device in August of 2009. Just three months after replacement of her left hip, Lum began experiencing pain. She says her hip hurt whether she was sitting or standing, and she had to take pain medications just to get to sleep at night. High concentrations of cobalt and chromium were also found in Lum\’s body. She was scheduled to undergo a revision surgery in November of 2010. She is the first Hawaiian to sue DePuy.

In March of 2008, she received the ASR XL Acetabular Hip system. Shortly after the surgery, Margenau began experiencing pain and hip weakness, classic symptoms of hip implant failure. Her physician found that the device had failed catastrophically, and Margenau had to undergo a revision surgery. Her hip replacement lawsuit alleges that although DePuy knew there were problems with the device, this information was not provided to the surgeon who performed the procedure.

Like many others who received the ASR XL Acetabular Hip system, Lewis started feeling pain and weakness in the hip area after the replacement procedure. Just some of the damages he is seeking in his hip replacement lawsuit are emotional distress, medical bills and punitive damages.

Now in her mid-fifties, Horbas received a DePuy hip replacement in February of 2008. Within a few months she noticed a clicking noise in her hip. Her physician discovered the device was deteriorating inside her body, and she was forced to have a revision surgery and go through the painful recovery process all over again.

The people profiled above have two things in common: they were harmed by DePuy’s defective products and they opted not to take advantage of the company’s offer to cover reasonable costs. Instead, they hired a hip replacement lawyer to help recover all of the damages incurred and to make DePuy take full responsibility for its actions. Is your story similar? If so, contact the Rottenstein Law Group for a free initial consultation.

Stay up to date with news about the DePuy hip recall and DePuy Orthopaedics’ case against the recipients of their defective hip implants.