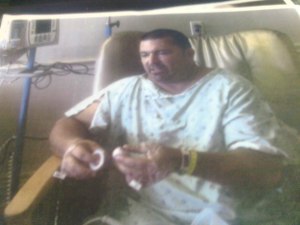 My name is Tim Petri. I am 46 years old and reside in The Daytona Beach Florida area. I am sharing a horrific experience that I have been having since about May of 2011, regarding a failed hip replacement device which was implanted in my right hip by Dr XXXX of Daytona Beach.

The hip implant was a DePuy ceramic on metal device which was approved on June 14th 2011 by the FDA as a token replacement for the ever-failing  DePuy metal on metal implant, the one that was recalled and is currently being litigated in Los Angeles with thousands of patients (or victims) who had this metal on metal part implanted for years with the manufacturers knowledge that it was a dangerous part and had several  very dangerous side effects.

My story began in May when I was having pain in my right hip and went into the local ER to have it checked out. An x-ray was taken, and the ER doctor informed me that I would need to see an Orthopedic Surgeon as soon as possible, however could not tell me what the problem was. I was referred to Dr XXXXX of Dayona Beach. I saw Dr XXXXX a week or so later and another x-ray was taken in his office.

Shortly thereafter I was informed that I had a somewhat rare disease called Avascular Necrosis, or AVN. I was told that the disease ceases blood flow form joint areas, leaving the bone to dissolve like chalk and that in my case my right hip was history. I would need a total hip replacement soon. Having given no alternative methods for treating this disease, I agreed to the surgery, and as a side note, agreed to allow the Dr. use parts of my surgery as a “teaching” tool for the public to view live on the WWW and for doctors to get a glimpse on how to properly do this procedure by watching Dr XXXXX perform  the surgery, and field questions at the same time from the internet audience.

This occurred on June 28th, 2011. Many questions were answered by the doctor as he proceeded to saw, clamp and insert the DePuy hip relacement into my hip, while I was sedated. Since it was done live, I have had the luxury of viewing it many times on my CD or just going to the link on line, which ran for 1 year on Halifax Hospital’s Website. It actually appeared more as a 45 minute commercial than a “teaching tool” after review, however I will move on to the part about my experience with this Doctor, and the parts he put inside me called a Pinnacle, and as I mentioned, ceramic on metal, recently approved for use about 2 weeks before my surgery.

I went through the surgery ok, left the Hospital on July 1st 2011 and began Physical Therapy as prescribed. My leg felt “ok” but very sore for several months, and I eventually began walking on my own again, however not without an unusual sharp pain straight down my right thigh. After about 10 months I phoned Dr. XXXX  to inquire about the pain. He said just work through it that it could take time to heal. 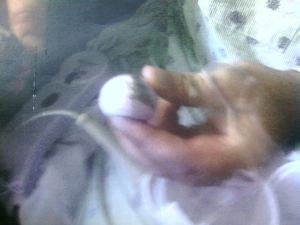 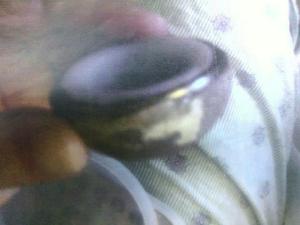 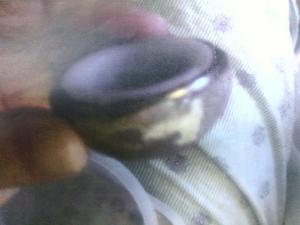 In August of 2012, about 13 months out of the surgery, I was at home walking from one room to another, when suddenly my right leg “fell off” my hip. That’s the only way I could describe it. Paralyzing, drop to the floor, agonizing pain and inability to move the leg at all. As it turns out, it would be the first of 10 dislocations of the right hip I would have during the next 10 weeks or so.

Each time, I was taken by ambulance from my home, an x-ray was done, I was sedated, and several people teamed up on top of me to force the hip back into place.

As these incidents were taking place, the only feedback from my surgeon was “ there is nothing wrong with you, you are a chronic dislocator” which I was told after my 4th and 8th dislocations. I later, after reading his notes which I attained came to find out that his justification for allowing me to go on in agonizing, fearful life with this problem, was that he thought I was possibly a drug seeker, doing all this on purpose for the shot you get in the ER to relieve the pain.

As a matter of fact, the good Dr. was following my trips to the ER all along, even ordering one ER doctor that if came in dislocated, he should NOT relocate me, but leave me as I was and refuse to treat me.

Inhumane as it sounds, that is what occurred, and around my 8th or 9th dislocation, an ER Doctor refused to relocate my hip. It took an attorney on the phone to remind him that no matter what Dr XXXXX told him to do or not to do, I was an ER patient in need of urgent care.

So the ER Doctor did change his mind.

I was determined to hold Dr XXXXX accountable for his unreal disregard for the suffering I had been through for months, and went one last time to his office, asking him very nicely to PLEASE go back inside me and see what went wrong.

He took an x-ray in his office (Sept 2012) and reiterated to me that there was nothing and I was still a chronic dislocator, just dislocating my right side for personal gain….but the x-ray he took that day, along with his exam, showed that everything was in perfect place, and he refused to go back in and get to the root of the problem, offering me a 20 minute massage/manipulation under sedation as his only offer.

Realizing I was dealing with a less than caring man, I declined the massage, and documented an email to him that I would no longer need his services. I spent the next few weeks trying to find any Orthopedic Surgeon who would look at me, but none wanted to get involved or be the one to open me up and find error, or “sweep up his broken glass” shall I say.

That is until I met a very caring and competent Surgeon, who reviewed my records and agreed to meet with me. He 1st asked me why a revision surgery was not done after 1 dislocation. I was without answer. He then informed me that it is , in the Orthopedic community, a given that after a THR, if the person dislocates, a revision surgery is done. Never had he heard of 10 times without treatment.

He took his own x-ray and within 30 minutes it was on a screen and he was pointing out that the placement of the cup was upside down, or conducive to dislocation.

He then asked me if my first Doctor had informed me that my disease had spread all the way into my left hip, almost to the point of collapse. I was astounded and said “no, he never told me”.

The  surgeon, Mr YYYYYY of Orlando, said that Dr XXXXXX would have had to see it if he just took an x-ray a month before. So, Dr XXXXX left me with a hanging leg and a disease ridden left hip without even informing me.

Dr YYYYYY, got to the point and said he needed to do 2 surgeries, and soon. A few weeks later I was having a total revision on my right hip, and a core decompression/ bone graft on my left to save it. That was 2 months ago.

The post- operative report states that Dr YYYYY, once he was in there, found he needed to make 4 major changes to the original THR;

The report states that the hip was easily dislocated before he operated, and that he was unable to dislocate it once the proper sizes and parts were in place. He also noted that I have severe AVN in the left hip, which would be visible and very obvious on plain film (x-ray) such as the one Dr XXXXX took a month before.

Once surgery was over, I was given the ceramic ball and the metal cup back, to view the damage to both from dislocating. The ceramic ball scraped the metal cup all up and scraped small chunks right off of it. My local attorney, Paul Bernardini came to the hospital in Orlando and took pictures of the parts and their obvious damage. I retain the parts today.

In summary, I was treated by a surgeon initially who was apparently more concerned about his TV commercial than getting the right size parts in my body, and who also treated me inhumanely, allowing me to continue to dislocate over and over again.

Hundreds of seniors here in Florida are treated by him all the time, and I wonder how many have died due to lack of due follow up or due care and apathy this Doctor has.

As for the parts, much ado is being made metal on metal being dangerous – well, I have the “new and improved” part that is all scraped and scarred up from the ceramic substitute DePuy through in the hat as a token to replace the metal on metal issue. No difference. Ceramic scrapes metal too. I have the parts to prove it.

Now, as I write this, I am recovering  from my 3rd hip surgery in the last year and a half. Broke, no income, lost all that time, and went through a living hell because of the incompetency of a Doctor and His supplier of implants, DePuy, who did nothing to avoid the problem they were having in the first place, selling bad and dangerous parts. My part does the same thing metal on metal does. I have had 2 preventable surgeries, and lost everything we owned over the last 1/1/2. I hope people will take note that if DePuy lied about one product, what’s to make you think they did not again? The clinical testing shows nothing, and I do believe they have used this combo years ago and it failed then too. Is it that easy to fool the FDA? I don’t know but I am paying for it, big time.

My local attorney is Paul Bernardini of Ormond Beach and my email is tjpetri@yahoo.com if  anyone has questions. This doctor and these manufacturers should not be trusted with human lives, period.