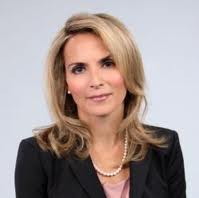 Johnson & Johnson (J&J) and its subsidiary, DePuy Orthopaedics, recalled roughly 93,000 ASR hip replacements worldwide beginning August 2010. The artificial joints, the ASR XL Acetabular System and ASR Hip Resurfacing System, failed at higher-than-normal rates for hip replacements, which are meant to last 15 years. Many recipients had to undergo revision procedures to remove the deteriorating devices, and others suffered hip replacement failure symptoms such as cobalt and chromium poisoning. In the United States, thousands of people have filed hip replacement lawsuits against the manufacturer.

As part of the recall, J&J is offering to reimburse recipients who underwent revision procedures to remove their failed implants. The reimbursement plan covers only costs billed to recipients’ insurance companies. Only now are we starting to find out how much DePuy ASR recipients are getting.

According to a WAtoday article titled, “Regulator Dithering Put Hundreds of Hip Patients at Risk,” the Australian government estimates that 5,570 people received a recalled DePuy hip replacement, and of them, 430 underwent revision procedures. That’s 7.7 percent of all recipients. More interestingly, it reports that J&J reimbursed more than 3,500 claimants with a total amount of $21 million Australian dollars. At the time of publication, that’s $21.6 million U.S. dollars, roughly the same amount. On a per capita basis, that’s around $6,000 each in either currency. Assumedly, those whose hip replacements were revised received a disproportionately greater reimbursement. It appears J&J has paid out money to around 62.8 percent of all its Australian recipients.

Reimbursement Insufficient for Some Recipients

Despite DePuy’s program, recipients have joined together to file two class action lawsuits against the company in Australian courts. Unlike the U.S., Australia does not have a mass-tort process like multidistrict litigation (MDL), which allows plaintiffs to maintain their individual cases to receive compensation on the basis of their individual damages.

As the title implies, the rest of the article discusses the Australian government’s handling of the ASR fiasco. By 2007, it knew about the problems but J&J convinced the Therapeutic Goods Administration to allow continued use of the ASRs so long as the supply was “restricted … to surgeons who had undergone specific training.” DePuy ceased selling the ASR in Australia in December 2009, even though it continued to do so in the U.S. until the following August.

Given the differences between the Australian and American health care systems, we do not know if the $6,000 per person reimbursement is the equivalent payout here. However, like the Australians in the two class action DePuy lawsuits, ASR recipients do not need to accept J&J’s reimbursement plan. The amount of compensation from a DePuy hip replacement lawsuit might be higher than that of the reimbursement plan because a lawsuit will allow you to claim damages for lost wages, all medical expenses, transportation costs, and pain and suffering. If you are interested in going this route, the Rottenstein Law Group can help. For a free consultation, all you need to do is click on this link or complete our contact form to the right, and one of our hip replacement lawyers will reach out to you as soon as possible.