Lawyers from throughout the United States who represent individuals who have filed a DePuy Pinnacle hip replacement lawsuit are scheduled to meet today in the U.S. District Court for the Northern District of Texas, for the first status conference with the judge presiding over the recently formed multi-district litigation (MDL).

In May 2011, the U.S. Judicial Panel on Multidistrict Litigation ordered that all lawsuits over problems with DePuy Pinnacle hip replacements filed in federal district courts throughout the United States will be consolidated for pretrial proceedings before U.S. District Judge James E. Kinkeade. 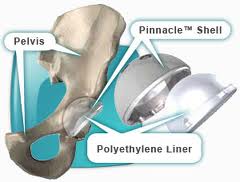 At the time the DePuy Pinnacle litigation was formed, there were three cases transferred to Judge Kinkeade in the Northern District of Texas. However, according to a Master Case List released by the court on July 20, there are already 213 cases consolidated in the MDL.

As DePuy Pinnacle hip replacement lawyers continue to investigate and file new cases in federal district courts throughout the United States, the number of lawsuits included in the MDL will continue to grow, with many anticipating that thousands of people will ultimately file a complaint.

All of the suits involve similar allegations that the DePuy Pinnacle Acetabular Cup System was defectively designed or manufactured, and that inadequate warnings were provided about the risk of early complications or problems, which have been developing within a few years of the surgery. In many cases, the DePuy Pinnacle hip problems result in the need for additional surgery to replace or revise the hip replacement.

Many of the complaints allege that DePuy, a subsidiary of Johnson & Johnson, has been aware of the problems with their metal-on-metal hip implants for some time and that a DePuy Pinnacle hip recall should have been issued several years ago. 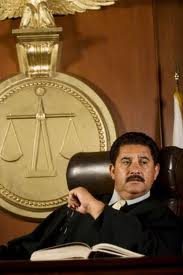 Attorneys representing DePuy and various plaintiffs are scheduled to meet today with Judge Kinkeade to discuss the structure of the pretrial proceedings and the composition of a committee of plaintiffs’ attorneys, who will serve in leadership positions and perform certain actions that benefit all of the lawsuits consolidated in the MDL.

In an unusual move, DePuy filed a brief last week regarding the selection of the plaintiffs’ leadership positions, even though it acknowledged that it has limited standing to comment on the process. The medical device maker indicated that several DePuy Pinnacle lawyers representing plaintiffs in the federal MDL proceedings are continuing to file cases in state courts, naming local defendants such as physicians and sales representatives in hopes of avoiding removal to federal court. DePuy suggested that Judge Kinkeade should not appoint those attorneys to leadership positions, arguing that such conduct impedes the progress of the litigation and undermines the goals of the MDL proceeding.

In addition to defending the lawsuits over DePuy Pinnacle hip implants, Johnson & Johnson and DePuy also face thousands of lawsuits over the recalled DePuy ASR hip replacement system, which was pulled from the market in August 2010 due to a higher-than-expected failure rate. The DePuy ASR hip was approved as a substantial equivalent design to the DePuy Pinnacle metal-on-metal hip, and the allegations raised regarding design problems with the two devices are similar.