Johnson & Johnson ‘knew this hip was defective’ but failed to warn patients, a plaintiff‘s attorney says. The company said it acted properly and ‘put patients above money.’ 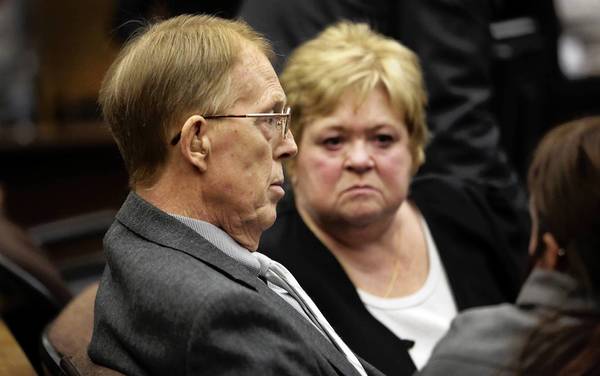 Healthcare giant Johnson & Johnson played “Russian roulette” with patient safety by ignoring high failure rates and surgeons’ complaints about its once-popular artificial hip, a Los Angeles jury was told during closing arguments at a high-stakes medical trial for the company.

Jurors heard arguments from both sides Thursday in a case that pits the world’s biggest seller of medical products against Loren Kransky, a 65-year-old former prison guard in Montana who claims he suffered metal poisoning and other health problems from the company’s ASR XL hip implant he received in 2007.

The company “knew this hip was defective long before Mr. Kransky got it,” Brian Panish, one of Kransky’s attorneys, told the 12 jurors and one alternate. “They wanted to play Russian roulette with patients. This defendant didn’t care about patient safety.”

J&J has denied Kransky’s claims that it designed a defective hip implant and failed to warn patients about the risks. Attorneys for J&J have said that Kransky’s ailing health was due to his diabetes, kidney cancer and other long-standing medical problems.

Based in New Brunswick, N.J., the company recalled about 93,000 ASR artificial hips in 2010 after they were tied to higher-than-expected failure rates. Last week, the company disclosed that federal officials are investigating the marketing of these hip replacements, a lucrative business as baby boomers age and their joints give out. The company said it is cooperating fully with the government inquiry.

The closely watched trial began Jan. 25, and it’s the first of several thousand suits to reach trial nationwide about this all-metal hip, introduced in 2005 by DePuy, the orthopedic division of J&J. The outcome of this case could portend what the financial fallout will be for J&J. Last year, the company took a $3-billion charge to cover costs related to the ASR hip recall, legal expenses and other related items.

The case went to the jury Thursday and deliberations are expected to begin Friday.

In closing arguments, Kransky’s attorneys portrayed J&J’s DePuy business as a “ruthless competitor” that repeatedly put profit ahead of patients.

Panish implored jurors to send a message to the company’s top executives that they couldn’t easily dismiss. He suggested that jurors award Kransky $5 million for his pain and suffering and up to $179 million in punitive damages against the company.

“All they care about is the money,” Panish said. “They aren’t looking at patients. They’re looking at balance sheets.”

The plaintiff’s attorneys showed jurors photos of Kransky smiling with his children and grandchildren before his hip surgery and then subsequent photos of him in drab hospital gowns while he battled severe medical problems.

Panish then displayed charts showing a 44% ASR hip failure rate among Australian patients who had the implant seven years. He also cited an internal DePuy analysis from 2011, a year after the recall, that estimated that 37% of patients who received the ASR hip implant may need to have it replaced within five years.

At trial, Kransky testified he was in constant pain, had difficulty walking and thought debris from the metal device was poisoning him. In the courtroom Thursday, Kransky sat just behind a row of attorneys in a charcoal gray suit and silver tie. He was surrounded by his wife, Sheryl, and other family members.

A few steps away, Michael Zellers, an attorney for J&J’s DePuy unit, urged jurors to focus solely on what caused Kransky’s injuries.

“The evidence is clear,” he told the jury. “Mr. Kransky’s injuries were not caused by a defect in the ASR XL hip or any conduct of DePuy.”

Zellers said the company had done extensive testing of the product before its launch and while it was on the market. Even with that, he said, debris from normal wear and tear on an implant is expected, as are a certain number of revisions, or replacement surgeries, to fix the original device. “There is no perfect hip design,” Zellers said.

Zellers told jurors that the company initiated the voluntary hip recall in 2010 because the product wasn’t meeting its performance standards. He said that action showed it “put patients above money.”

In Kransky’s case, Zellers said that the Montana retiree had an infected hip unrelated to his implant and that pain caused him to need a second surgery. “Mr. Kransky was not being poisoned,” Zellers said.

All-metal hips accounted for an estimated 40% of all U.S. hip replacements in 2008. But since then, they have fallen out of favor as concerns grew about their effectiveness and safety.

In an interview, Lisa McGiffert, director of Consumers Union‘s Safe Patient Project, said the ASR device and other metal hips have been used in an estimated 750,000 patients nationwide and many of those people have suffered serious medical problems as a result.

“These metal-on-metal hips are the poster child for what’s wrong with the way medical devices are brought onto the market,” McGiffert said. “The failure and complication rate from these hips was significantly higher than other hip replacements.”

Overall, product safety issues have become a major headache in recent years for J&J, long admired by consumers as a trusted medical name. The company has issued more than 30 product recalls since 2009.

Many of the recalls have involved common medications such as children’s Tylenol. The U.S. Food and Drug Administration put the company’s manufacturing practices under tighter scrutiny as a result.

These miscues haven’t damped investor enthusiasm for the company. Shares of J&J are trading near a 52-week high and were down just 21 cents Thursday at $76.11.

Jeff Jonas, a portfolio manager at Gamco Investors in New York and a J&J shareholder, said there was some concern about the amount of litigation against the company and the potential damage awards from juries. But he said investors remained confident J&J could weather the legal storm.

“It’s something that the company can easily afford,” Jonas said. “They appeal these cases and drag them out for years and years.”

Superior Court Judge J. Stephen Czuleger ruled against a defense motion for a mistrial Thursday after Kransky’s attorney mentioned the thousands of other patients who are suing J&J’s DePuy unit when asking jurors to award punitive damages.