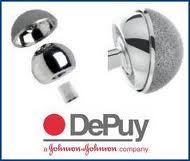 (Reuters) – Johnson & Johnson‘s DePuy unit was well aware of defects in its all-metal hips when plaintiff Loren Kransky was implanted with one of the devices in 2007, lawyers for the 65-year-old man said in closing trial arguments.

The lawsuit filed by the retired Montana prison guard is the first to reach court out of more than 10,000 filed against J&J in the wake of its 2010 recall of the ASR artificial hips.

Kransky attorney Brian Panish told Los Angeles Superior Court jurors that J&J should be ordered to pay around $5 million for Kransky’s pain and suffering, and as much as $179 million in punitive damages. The proceedings were monitored over the Courtroom View Network.

J&J recalled 93,000 of its ASR metal hips after determining that they were failing at a higher-than-expected rate.

Kransky’s attorneys argued that the design of the hip was defective, leading to the shedding of metal debris that caused tissue poisoning and pain as well as the need for the plaintiff to undergo hip revision surgery.

“Any compensation should not be reduced simply because the plaintiff was more susceptible to injury than a normally healthy person,” Panish said.

Both sides in the case agreed that Kransky’s medical problems, including diabetes, cancer, kidney disease, heart disease and vascular disease, were not related to the ASR hip implant.

J&J attorney Michael Zellers argued that Kransky’s ASR hip was implanted at an incline that was steeper than company guidelines advised. He also said the plaintiff’s need for revision surgery was caused by an infection.

Testimony in the trial included DePuy executives explaining that the ASR hip was tested in the laboratory at a single angle of implantation. Plaintiffs’ lawyers contend that they should have tested it using multiple angles.

“We know there is no perfect hip design. There are always trade-offs,” Zellers said, adding that the company designed the all-metal device with the aim of developing a longer-lasting hip that would show less wear than existing devices.

The J&J attorney argued that there is no medical consensus on what levels of chromium and cobalt, the metals shed by ASR hips, could cause harm to patients.

Michael Kelly, another Kransky attorney, told jurors the evidence shows that J&J’s DePuy unit was primarily focused on making money from the all-metal ASR hips at the expense of patient safety.