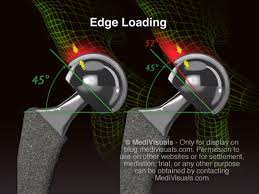 LONDON (AP) — People who get metal hip replacements are more likely to need a replacement compared to those who get a traditional plastic one, according to a new report from a large British registry.

The report Thursday from the National Joint Registry of England and Wales could lead to more caution among doctors when performing hip replacements. Earlier studies already led to a drop in the use of metal joints.

The U.K. registry includes records from about 1 million people who had hip, knee, and ankle replacements and is the world’s largest joint database. There is no similar registry in the U.S.

Last year, a report by the British registry on the failure rate of one type of metal hip replacements made by a division of Johnson & Johnson led to its recall by the U.S. Food and Drug Administration. Among patients who received the Johnson & Johnson metal hip, almost 30 percent needed a new one.

Since the recall, use of all-metal hip replacements has fallen.

In 2006, metal hip replacements were used in about 15 percent of procedures; that’s now dropped to about 5 percent.

The report also found the obesity epidemic is having an impact. Experts said an increasing number of patients needing hip and knee replacements were overweight or obese.