Johnson & Johnson’s earnings declined 19.5 percent during the second quarter, the company said Tuesday, in part because it spent more on the recall of a hip replacement device made by a subsidiary.

Company executives told Wall Street analysts that most of the company’s segments were gaining momentum. But they pointed to headwinds, too – namely, the age of austerity both in the U.S. and worldwide threatens to cut into Johnson & Johnson’s business.

Those headwinds “are stronger and more persistent than we would have hoped,” said Alex Gorsky, vice chairman of the executive committee.

The company’s operations have faltered in recent years. Among the issues:

Its consumer products division lost millions in sales after it shuttered its plant in Fort Washington, Pa., because the government found it deficient.

Its pharmaceutical division has been accused of marketing drugs for illnesses despite those marketing efforts not being approved by the U.S. Food and Drug Administration.

Its medical device division has recalled a metal-on-metal hip replacement device that was found to fail at a higher than normal level after five years.

Contributing to its lower earnings was the cost involved with recalling hip replacement devices made by DePuy Orthopaedics Inc., based in Warsaw, Ind., and $223 million in litigation costs.

One example: A lawsuit filed in April in federal court on behalf of a benefits fund that covers employees from 18 municipalities in northern New Jersey alleged that DePuy knew for two years that the devices were prone to fail within two years, even though they were supposed to last for more than 15 years.

Moreover, the lawsuit said, the metal ball and socket generated debris that could spread to surrounding bone and tissue, forcing patients to undergo another hip surgery.

Gorsky told analysts that the company first needed to ensure patients who received faulty devices were well cared for. The company, for example, is paying for out-of-pocket expenses –- from co-pays to travel costs – for patients who need another surgery.

But Gorsky noted as many as 1 million patients have been helped by a DePuy hip implants. Meantime, DePuy has rolled out programs to train surgeons in the field and a marketing campaign to raise consumer awareness about DePuy products.

“We remain very committed to this space,” Gorsky said. 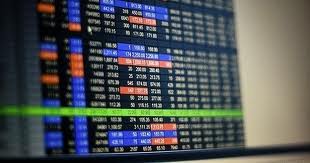 Wall Street analysts who follow the company said its quarterly results were solid. “This was a quality quarter for J&J,” Michael Weinstein, an analyst with JPMorgan Chase, told clients in a research report.

But investors sold the stock. Johnson & Johnson closed at $66.72, down 37 cents. on a day when the Dow Jones industrial average rose 1.6 percent.

For its part, Johnson & Johnson made it clear that short-term problems could persist. Its Fort Washington plant is scheduled to ramp up next year, but more slowly than anticipated. And the slow global economy is forcing U.S. patients to delay medical procedures and European governments to reduce their health care payments.

“There is still this sort of economic climate uncertainty that overhangs the market growth,” Dominic Caruso, chief financial officer, said of the European market.