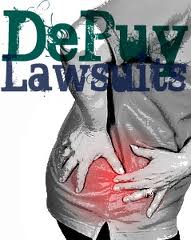 One man who had the hip replacement said it took a year until doctors figured out what was causing his pain.

“Nobody suspected my hip, and that went on for a year until they recalled the hips in September of 2010. And at that point they took a blood test; they took an MRI. They found that I had a large cyst right next to the hip,” said Charles Snyder, who had the recalled hip replacement.

Representatives with Habush, Habush & Rottier S.C. said that many patients with the hip replacement had injuries as well as increased levels of chromium and cobalt levels in their blood and body tissues.

“The claims involve the cost of the removal of a second surgery, expenses of a second rehab, the pain and difficulty of going through a second rehab. For anyone who’s had a hip replaced, it’s not a pleasant six to 10 months,” said Dan Rottier, of Habush, Habush & Rottier S.C.

The law firm said the hip replacement affected a total of 93,000 patients worldwide.