(Reuters) – The Institute of Medicine is poised to advise the U.S. drug regulator how it can refine its medical device approval process to get products to market quickly while protecting patients.

The Food and Drug Administration requested the IOM report as part of Commissioner Margaret Hamburg‘s vow to improve the FDA’s device unit, an area dogged by high staff turnover and funding woes. 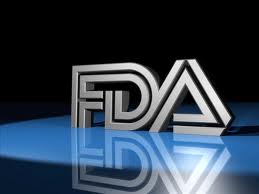 Friday’s report by the influential nonprofit organization is expected to address some of the more contentious changes proposed by FDA to the accelerated device approval process, known as the 510(k) program.

Critics say the accelerated 510(k) process is too widely used and leads to inadequate testing for some risky devices, but it is defended by industry as necessary to speed technologies to patients.

Nearly a year ago the FDA proposed changes to the program, including the possibility of creating a new category of more risky devices that would require more data to win approval.

This new category is among the issues the IOM report is expected to address.

“Potentially it could have a big impact on how things will be changed,” said Dr. Gregory Curfman, executive editor of The New England Journal of Medicine, of the IOM’s report.

The 510(k) program allows medical devices to get to market faster if they are “substantially equivalent” to an existing product. Critics say this can allow unsafe products to reach the market. Most new medical devices – about 3,000 each year – are cleared through the program.

High-profile incidents include a massive recall last year of artificial hips by Johnson & Johnson’s DePuy unit. Some 93,000 patients worldwide had that line of hip implant.

Some health policy organizations were critical of the FDA for not moving sooner to make changes to the device approval process.

“Let me say that the whole process is illogical, because the FDA knows best what they need to do,” said Diana Zuckerman, president of the National Research Center for Women & Families. “And in some kind of ideal world the FDA would have come out with these proposals and implemented them.”

Hamburg said on Monday that the agency should do more work to explain the approval process, especially to small device manufacturers.

“I think there’s a lot to be done,” she said in a speech at the office of Public Citizen, the consumer advocacy group. “I think the FDA has a responsibility to take a serious look at how we’re organized to do business.”