How Safe Are Medical Devices?

A prestigious medical group is concerned that most medical devices are cleared for sale without evidence that they are safe and effective. That should give everyone pause. A panel of experts assembled by the Institute of Medicine found the current regulatory approach so flawed that it called for it to be scrapped and replaced with a system better designed to protect the public’s health.

The committee found no reason to believe that any devices on the market are unsafe or ineffective; it said their use in clinical practice provides at least some level of confidence. But it threw up its hands and said it had no way to determine which, if any, devices might be risky because there is virtually no data to rely on.

That’s because only the highest-risk devices, such as implantable defibrillators and replacement heart valves, undergo clinical trials in patients to show that they are safe and effective. Devices deemed only a “moderate risk” are cleared if the manufacturer can show that they are “substantially equivalent” to devices previously cleared. Those devices in turn may have been cleared because they were “substantially equivalent” to earlier devices that may no longer be in use.

Problems can arise when the devices are not all that similar or when none of the devices in a chain of supposed equivalents have ever been shown safe and effective. In recent years there have been reports of device failures and injuries involving metal-on-metal artificial hips, a synthetic mesh “vaginal sling” to control urinary leaks, and an internal patch for injured knees, among others. 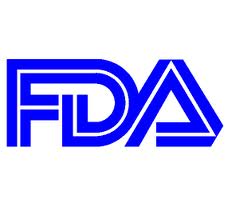 The Food and Drug Administration was taken aback when the institute’s panel concluded, unanimously, that the current system could not be fixed because “substantial equivalence” is based on comparisons reaching back more than 35 years to devices that were never systematically assessed for safety or effectiveness.

The F.D.A. promptly rejected the notion of junking the system but said it would hold hearings on the report. Industry leaders, who had been making scurrilous attacks on the panel’s objectivity even before the report was issued, voiced opposition to such a radical change.

The hearings will provide an opportunity to identify proposals — such as more rigorous surveillance of devices after they are on the market — that can be adopted comparatively quickly. The more radical notion of building a wholly new system needs more thorough airing but may be the way to go.

2 thoughts on “How Safe Are Medical Devices?”