Why Are Pharmaceutical Companies Paying The FDA? 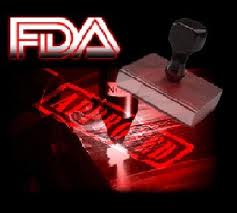 The FDA is often viewed as a large governmental agency, tasked with evaluating the safety and effectiveness of the food, medications, medical devices and even the cosmetics used by the public. If questioned, most people would guess that the FDA is funded by our tax dollars. While that is partly true, the FDA is also directly funded from the very pharmaceutical companies that apply for FDA approval. Monies paid by these companies, known as a “user fee”, are approximately 20% of the FDA’s budget and accounts for nearly $500 million dollars.

The Prescription Drug User Fee Act (PDUFA) and the Medical Device User Fee Act (MDUFA) are federal statutes that allow the FDA to collect fees from drug and medical device manufacturers. The manufacturers pay this fee when they apply for FDA approval in exchange for the FDA’s commitment to attain certain performance goals, such as their promise to review 90% of new drug applications within six to ten months. In 2011, the applications fees paid by drug manufacturers are estimated to be between $700,000 and $1.5 million dollars for each application. The negotiations for the user fees for the years 2012-2017 are currently underway and are expected to be made public on the FDA website in September. In January, the FDA will send its recommended language to members of Congress, who will vote on the proposed new legislation.

For many, learning of these uses fee negotiations will be upsetting as it changes the view of the FDA as the protective buffer between the drug companies and consumers. While on the surface, most people have no issue with the payment of an application fee for drug companies applying for FDA approval, we are still disturbed by the fact that the FDA must bargain with these companies and make certain assurances to them in order to collect these “user fees”. In my opinion, these promises to complete a new drug application in a matter of months amounts to a decision to hurry through the complex review process required for drugs and medical devices. This has the potential to be disastrous for members of the public who take the medication in the years following the drug’s public release.

As the end of the summer approaches, I encourage everyone to review the FDA’s website (www.fda.gov) in September to learn more about the PDUFA and MDUFA user fee’s that will be implemented for 2012-2017, and to provide comments to the FDA and members of Congress to maintain the standards necessary for a complete and thorough review of all new drug applications.

7 thoughts on “Why Are Pharmaceutical Companies Paying The FDA?”