For those of you who have been following this blog for some time, you will recall the story of Howard Sadwin who had a major problem with his hip replacement – a S&N BHR Device – which led on to a major hip infection and nearly a year in hospital fighting for his life.

Howard recently underwent surgery to put a new hip in after about 18 months with no hip, confined to a wheel chair.

Howard, wrote to me recently and here is his report: 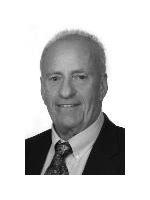 After not having a hip for over a year and half on 10/10/2011 I had a new total hip put into me. I am learning to walk, by use of a walker. Prior to surgery my right leg was 9 inches shorter than my left leg. Atrophy from not having a right hip for so long was the cause of the length difference. Now after my new hip has been in for a month, there is a 2 ½ inch difference. To compensate the difference a custom device will be made for me, to offset the difference.

Back to the importance of my information for all of you that have questions or are suffering from your hip,  one of the biggest obstacles you will encounter in court could be the following:

In discussions I have had with some attorneys, it seems if this matter is discussed its taboo, dropped like a hot potato. The only thing that comes to my mind is we, us human beings are second to the importance of Market Share and Finances.

Don’t get angry as I did when first reading this, I need each and every one that is affected by this to get involved with people you know in politics, put a big bug in their ears or this law will never change And that is definitely wrong, wrong, wrong.
Information can be read on the FDA site under product liability exemption laws. Take the little time it will take you and educate yourselves.

In other countries the laws are day and night compared to ours. My thoughts are if you are from Australia,England etc. and the tort systems are similar, it would behoove you to gather in numbers and submit your grievances as 100+ rather than 1, if that doesn’t work I wouldn’t stop until I got an audience with Kings or Queens to hear me.

However I will continue to see if there is a possibility to get representation, if the USA can approve devices solely on European data involving patient studies to approve a device, then the laws should have some similarities in protecting we the people over these medical giants.