US arthroscopy market to double by 2017, Stryker, Smith & Nephew, Johnson & Johnson to benefit 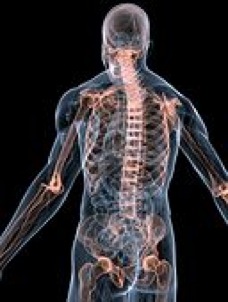 The US arthroscopy and soft-tissue market is expected to more than double to over $4.2 billion by 2017, driven by a rapid increase in arthroscopic procedures following the recession, boosting a host of medical device companies’ revenue share, including Stryker Corp (NYSE:SYK), ConMed (NASDAQ:CNMD), and Smith & Nephew’s (NYSE:SNN) (LON:SN), among others, according to market research released today.

Arthroscopy, also called arthroscopic surgery, is a minimally-invasive surgical procedure in which an examination and often treatment of joint damage is performed using an arthroscope, a type of endoscope that is inserted into the joint through a small incision.

“Over 4 million arthroscopies were performed in the U.S. in 2010, dominated by knee and shoulder procedures,” said Dr. Douglas Fung, analyst manager at iData Research, the firm that released the industry report today.

“While only a small percentage were hip arthroscopies in 2010, this segment is the fastest-growing due to improvements in surgical technologies and the growing number of qualified surgeons able to perform this technically challenging procedure.” Indeed, the new 2011 report by iData stated that London, UK-based medical device company Smith & Nephew and Naples, Florida-based Arthrex are the two leaders in the hip arthroscopy market, while medical technology business Stryker, based in Michigan, recently launched its platform in a bid to gain market share in this growing segment. In addition, iData noted that the rotator cuff (group of muscles used to stablize the shoulder) suture anchor market is also expected to take off due to the shift towards double-row repair, which is used for more severe shoulder injuries or to provide extra stability, as well as price-premium knotless suture anchors and biocomposite anchors.

The biocomposite segment alone is expected to grow six-fold by 2017. Arthrex was the only company with a biocomposite knotless anchor in 2010, holding the largest position in the market, followed by Johnson & Johnson (NYSE:JNJ) subsidiary Depuy, and Smith & Nephew. “Resorbable devices will see strong growth due to the technology’s perceived benefits including easier revisions and a lower likelihood of articular damage,” added Dr. Fung. “The introduction of double-row rotator cuff repairs has also contributed to market growth since it uses up to four anchors instead of the traditional two.”

Adding to the surgency in arthroscopic surgeries, knee replacement surgeries are becoming increasingly common, as osteoarthritis, the leading cause of knee pain, now affects roughly 43 million Americans, due to rise to 67 million by 2030. As such, the global knee replacement market is expected to expand at a compound annual growth rate of 6.8% from 2010 to 2017, with a value to total US$10.9 billion by the end of the period, according to a new report on Companiesandmarkets.com.

Warsaw, Indianapolis-based orthopaedic device company Zimmer Holdings (NYSE:ZMH) had the biggest market share in knee replacement implants, at 26%, with DePuy taking second place at 24%, followed by Stryer Corp with 21%. The US has the largest knee replacement market, accounting for 56% of the industry globally.