Here’s what you can expect from joint replacement surgery.

Many people say they’d do it again

Janice Gifford, 60, of Sioux City, Iowa, was diagnosed with RA 20 years ago. She had both hips replaced more than 10 years ago, and a knee replaced last year. Would she do it again? “Absolutely,” she says.

Because of the pain, “the only thing I could do at night was sleep in a lounge chair or pace from one end of the house to the other,” she says.

Gifford was fully recovered a year after surgery. “I’m totally free from pain,” she says. “My leg is straight again. I can do anything. I run; I carry boxes. If people were to see me, they wouldn’t pick me out as having rheumatoid arthritis or prosthetic joints at all.”

You will walk the day after surgery

Or even sooner. In some cases, patients take a few steps — anywhere from 10 to 200 feet — the same day as the surgery, says Stephen Kates, M.D., codirector of Highland Hospital’s Geriatric Fracture Center, in Rochester, NY.

Being sedentary ups the risk of complications such as blood clots, pneumonia and bed sores.

“If you don’t move, you can form adhesions in the knee and get quite stiff; then it’s hard to walk or ride a bike,” says Dr. Kates.

Moving around is critical not just in the days after surgery, but in the weeks and months after, too. The more you move, the better your long-term outcome.

After leaving the hospital, you’ll probably see a physical therapist a couple of times a week for the first six weeks, but the key is to practice the exercises twice a day on your own, says Dr. Kates.

Whatever they are, be sure to do them. “One of the most frustrating things is if you have successfully done surgery and then the patient doesn’t do the rehab afterwards,” says Dr. Kates.

You can replace knuckles

Although hips and knees are the most common joint replacements for rheumatoid arthritis, doctors can also replace shoulders, ankles and even the finger joints.

In fact, knuckle replacements were pioneered in the 1950s, as hands are one of the first areas affected by RA, causing pain, loss of mobility and deformity.

Replacing a damaged joint with an artificial one (usually silicone based) will greatly reduce pain and restore some mobility. Authors of a recent study from the University of Michigan recommend contacting a hand surgeon earlier rather than later to discuss options.

Pain can be managed

There are many ways to treat surgery-related pain. For knees, doctors may use a femoral nerve block, an ultrasound-guided anesthesia injection near the femoral nerve in the groin.

“That relieves about 70 percent of the pain following surgery and gives tremendous benefit for the first 24 hours,” Dr. Kates says. And a dose of spinal morphine lasts for about 30 hours after hip surgery, he says. “That gets you through the worst of it; then there are oral medications to follow up with.”

Artificial joints may be recalled

As a general rule, “recalls haven’t affected a lot of people,” says Beau Konigsberg, M.D., assistant professor of orthopedic surgery at the University of Nebraska Medical Center, in Omaha.

One in eight people given the joints needed additional surgery within five years of the initial operation.

Not all joints are the same

There are many artificial-joint products. The most common is metal-on-plastic, with a metal ball and a plastic liner or socket, says Dr. Konigsberg.

“That lasts the longest period of time and is by far the most common,” he says. Metal-on-metal is less popular after the 2010 recall (which involved metal-on-metal products), and because of the release of metal ions into the bloodstream, he says.

There’s also metal-on-plastic or ceramic-on-ceramic, although that can cause irritating squeaking. Ceramic-on-plastic liner is another option.

Overweight and obese people are 33 times more likely to need a joint replacement than thinner people, and they’re more likely to experience complications after the procedure, says Dr. Kates.

Complications can include infections, more difficulty waking after anesthesia and a higher likelihood of the joint loosening down the road.

Some centers recommend weight-loss surgery prior to joint replacement. Losing weight may even help prevent or delay the need for an operation, says Dr. Konigsberg.

You can have complications

People undergoing a joint replacement can run into problems, as with any surgery. These include a risk of MRSA (methicillin-resistant Staphylococcus aureus) and other infections after surgery.

Later problems could include limb length inequality, meaning that one leg is shorter or longer than the other. This is more common with hip surgery than knee surgery.

Knee replacements can result in instability which, if it gets bad enough, might require another operation, says Dr. Kates. Other problems include scar tissue and stiffness.

About 10 percent of 400,000 of the total hip and knee replacements in the U.S. each year need additional surgery to remove the first implant and insert another, according to the American Academy of Orthopaedic Surgeons (AAOS).

The AAOS is spearheading a project to create a national registry of the procedures.

The registry will provide information on how different doctors and hospitals fare, which products have the highest success rates and which tend to have problems.

People who have hip or knee replacements at hospitals with a low surgical volume have a higher risk of clots and dying after surgery, a recent study of mostly elderly patients found. High-volume centers were defined as those doing more than 200 of the surgeries every year. 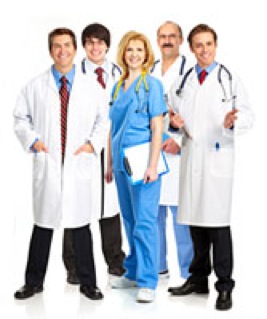 Dr. Kates recommends choosing a physician and hospital that conducts many of these procedures each year.

How do you know which centers do the most? You can call around and ask, or check with your doctor.

Full recovery can take a year

You’ll typically be released from the hospital to a rehabilitation facility or home three days after the operation, but you won’t be able to drive for six weeks, Dr. Kates says.

After that, you should be back in the driver’s seat and walking half a mile to a mile at a time, if you’re so inclined, he says.

People who work are typically back at their jobs after three months and most are fully recovered after a year — although, of course, some will take longer to regain their mobility and strength, says Dr. Kates.

Artificial joints can eventually wear out

People tend to develop rheumatoid arthritis earlier than osteoarthritis, and, therefore, may need joint replacements earlier in life. That ups the chance of the new joint wearing out.

That means you may eventually need to have the artificial joint replaced.