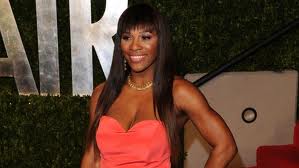 Clots more likely to form in patients with cardiovascular disease, smokers and the elderly

Rosemont, IL – When tennis star Serena Williams underwent emergency treatment for a pulmonary embolism earlier this year, the world’s attention was drawn to this often fatal medical condition which, although surprisingly not uncommon, is unfamiliar to most men and women. A common risk factor associated with clot development is surgery; particularly hip and knee replacement surgery. 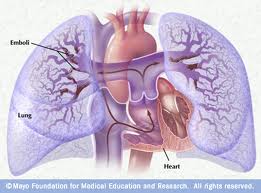 Pulmonary emboli, or blood clots in the lungs, occur when a clot that forms within veins elsewhere in the body – often in the lower legs or other limbs – breaks free and travels to the lungs, where it can cause serious complications. Pulmonary emboli can occur in patients of any age and common factors associated with an increased risk of clot development include:

A new study focusing on the occurrence of clots in knee replacement patients and published in a recent issue of the Journal of Bone and Joint Surgery (JBJS) indicates that despite treatment with blood thinners prior to and immediately following joint replacement surgery, the risk of clot formation is still relatively high in certain patients.

“The rate of knee replacement has increased substantially worldwide, and continued increases are anticipated in the future,” said study author Alma Pedersen, MD, PhD. “The formation of clots, including pulmonary emboli, is a serious complication in patients undergoing knee arthroplasty. Prophylactic measures, such as the use of blood thinners around the time of surgery, are used to reduce the occurrence of clots, but their effectiveness in routine clinical practice following surgery is more uncertain.”

The authors evaluated 37,223 knee replacement patients who had surgery between 1997 and 2007, looking for evidence of post-surgical embolism in the 90-day period following surgery.

The authors found 441 patients (1.2 percent) were hospitalized for blood clots during the 90-day period following knee surgery. An in-depth evaluation of these patient records revealed the following risk factors associated with clot development:

The study also revealed the number of patients admitted to hospitals with clots following knee surgery has increased since 1997, which Dr. Pedersen noted is most likely due to advances in diagnosis which have enabled physicians to identify clots before they cause serious problems. The study also notes that individuals who have a knee replacement surgery due to rheumatoid arthritis have a lower risk of clots than those with other conditions. However, in all patients, the risk can be diminished slightly by replacing only one knee at a time, rather than both.

Although knee surgery is still a generally safe procedure, which enables thousands of men and women each year to regain mobility lost to injury or illness, patients should be aware of the risk of post-surgical clotting and talk with their physician about the possible use of blood thinners and follow-up evaluations that may help to identify clots which may be treated before they cause problems. Although blood thinners are typically prescribed only during hospitalization, the study suggested that physicians consider extending the duration of blood thinner therapy into the weeks following surgery.

“Despite the use of blood thinners, patients undergoing knee arthroplasty continue to remain susceptible for clot formation for several weeks following surgery,” Dr. Pedersen said. “Future studies should focus on the improvement of prophylaxis following hospital discharge, particularly among elderly patients and those with a history of cardiovascular diseases or previous clot formation.”

As the bones are prepared for the new joint in a replacement surgery, tiny microfragments of bone and tissue can become dislodged and enter the bloodstream, “hooking” on vessel walls where they can allow additional debris to accumulate. Eventually, this debris can form a clot large enough to impede the normal flow of blood, sometimes causing discomfort, especially in the lower legs, one of the more common areas of clot formation. Most individuals, however, experience no symptoms of the forming clot. If the clot becomes dislodged from the vessel walls, it can travel through the blood stream, eventually lodging in the lungs. In addition, long periods of immobility prescribed for patients undergoing these surgeries can cause blood flow to slow down, increasing the of clot formation in these patients. If a patient develops swelling, redness or pain in the leg following discharge from the hospital, you should contact your physician.

According to data from the American Thoracic Society, pulmonary embolism is a common complication of hospitalization and contributes to 5 to 10 percent of deaths in hospitalized patients. Some studies have estimated that more than 1 million Americans experience pulmonary embolisms each year, with 100,000 to 200,000 of these events being fatal.

The American Academy of Orthopaedic Surgeons (AAOS) has more information on how to prepare for joint replacement surgery which can be found at http://www.orthoinfo.org. AAOS on Facebook and Twitter