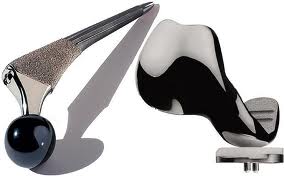 In September 2003, Smith & Nephew, a global medical devices company, issued a knee implant recall for the cementless versions of the company’s Oxinium Genesis II, and Profix II knee implants from the U.S. market. The knee replacements failed to properly bond resulting in the need for further operations with increased risks of infection, joint and muscular damage and ultimately a more painful rehabilitation. In addition to having a revision surgery, patients that received the Oxinium Genesis II, and Profix II may endure other complications.

Increasing Rate of Revision Surgeries At the time of the withdrawal in September 2003, Smith & Nephew commented that a 1% revision rate “is not unusual in this industry but higher than Smith & Nephew would normally see.” Soon thereafter, the number of revision surgeries increased to 106, and continued to steadily increase throughout 2004. By February 2005, the company disclosed that 765 patients had been required to undergo revision surgery, representing 26% of the total Genesis and Profix knee implants that had been recalled.

If you had a total knee replacement with a Smith & Nephew artificial knee between February 2002 and October 2003, you may have a claim against the company.

Do you, or someone you know, have an artificial knee or hip implanted before 2001 that is now causing you problems or requiring you to replace the device sooner than expected? You may have a claim and be entitled to obtain a monetary recovery. We represent individuals like you and know how to prosecute these cases! CLICK HERE for a free, private consultation and to learn more!

OTHER HIP IMPLANTS RECALLED BECAUSE OF PROBLEMS WITH A COMPONENT THAT CAN FRACTURE AND REQUIRE SURGICAL REPLACEMENT. THE AT-RISK HIPS TEND TO BREAK UP TO 19 AND 28 MONTHS AFTER THEY HAVE BEEN IMPLANTED.

Complications for a Defective Knee/ Hip/ Defibrillator may Include:

Your time may be short to collect compensatory or punitive damages for your serious injuries. If you, your family or someone you know has been injured, email us now for a free, private consultation. Knowledge is power- we’d like to help you!