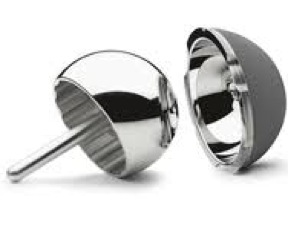 According to his lawsuit, Francoie Stephens received his Zimmer Durom Cup implant in 2007. In 2011, he underwent revision surgery to have the implant replaced because of complications. Among other things, he experienced elevated levels of cobalt chromium in his blood due to deterioration of the device.Stephens accuses Zimmer of failing to warn him about the problems associated with the Durom Cup product. He alleges that the device contained one or more defects that made it unreasonably dangerous and unfit for its intended use. Stephens seeks damages for pain and suffering, physical distress and injury, emotional distress and injury, medical expenses, shame, humiliation, inability to lead a normal life, loss of enjoyment of life, disability, punitive damages, mental anguish, court costs and interest.

According to a report from the Louisiana Record, Stephens learned that metal-on-metal hip implants could cause serious complications after watching a legal advertisement involving the DePuy ASR hip replacement recall that was issued last August. Upon viewing that advertisement in September 2010, Stephens consulted a lawyer and learned about problems associated with metal-on-metal hip implants.

In July 2008, Zimmer suspended US sales of the Durom Cup following complaints about device failures due to loosened components that required revision surgery. That year, Zimmer’s own estimates suggested that some doctors in the US experienced failure rates as high as 5.7 percent with the Durom Cup. However, some Zimmer Durom Cup lawsuits claim the failure rate could be as high as 30 percent

According to a recent New York Times report, it’s estimated that 500,000 patients in the U.S. may have received metal-on-metal hips, and it’s very likely that tens of thousands will be forced to undergo painful revision surgery due to early failures. More lawsuits are also expected, the Times said, and some experts believe the litigation surrounding “all-metal hips may emerge as the largest product liability cases of this decade.”