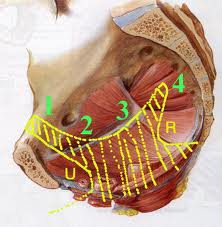 Surgical mesh products made by Johnson & Johnson (JNJ) and Boston Scientific Corp. (BSX) to correct falling pelvic organs in women should be immediately recalled because of painful side effects, a watchdog group said.

Mesh products made of non-absorbable synthetic material can erode and cause pain, bleeding and urinary incontinence, Public Citizen, based in Washington, said in a statement today. The mesh is implanted through incisions made in the wall of the vagina to reinforce the tissues around the pelvic organs.

The watchdog group, founded by Ralph Nader, estimates that 67,500 women had the non-absorbable mesh implanted last year. The Food and Drug Administration received 1,503 reports of complications associated with the material from January 2008 to December 2010 when used to repair pelvic organ prolapse, the agency said in a safety warning July 13.

“Even the FDA seriously questions the safety and effectiveness of these mesh products, so they should be removed from the market immediately,” Michael Carome, deputy director of Public Citizen’s Health Research Group, said in a statement.

The FDA has also said it’s not clear whether the mesh is more effective than surgery without it. Jeff Secunda, a vice president at the Washington lobbying group the Advanced Medical Technology Association, said the mesh “is an important treatment option.”

Recent innovations have helped device makers standardize materials and made the procedure more consistent for surgeons, he said.

The material is made by at least nine manufacturers, according to the FDA.

To contact the reporter on this story: Anna Edney in Washington at aedney@bloomberg.net.

To contact the editor responsible for this story: Adriel Bettelheim at abettelheim@bloomberg.net.