Recent scientific studies have confirmed what health practitioners have observed since the primal origins of the healing arts. The majority (up to 80%) of physical maladies have an underlying emotional and or spiritual component. It only makes sense when one considers the human experience is created from four distinct but interconnected components which are: Spiritual, Emotional, Mental and Physical. So when we hurt (physical) we may have feelings of anger or fear (emotional).We contemplate the cause (mental) and often wonder, “Why me God?”,(spiritual). To expect complete healing can be achieved when just the most obvious component, the (physical) is treated, is naive at best.

Candice Pert M.D. in her #1 best selling book, ”Molecules of Emotions” reveals the discoveries she and her research team made that astonished the scientific community throughout the world. With the use of powerful election microscopes she discovered that neuropeptides created in the brain trigger human emotions. Neuropeptides once created in the brain travel down the spinal cord, out the peripheral nerves to the viscera (organs) and then to the musculoskeletal system. In essence, emotional molecules are everywhere in the body. This fact was further verified when Pert’s research team utilize full body PET scans and tagged neuropeptides with radioisotopes and found them to be active not only in the brain but throughout the body. While we know the leg bone is connected to the hip bone, etc. her extraordinary findings have revealed far more powerful and complex connections exist in the human body than we ever dreamed of.

With these new scientific finding it can be accurately state, “emotions are composed of energy that flows through ones body settling in motion a confluence of deep processes that affect every aspect of ones life”. Pert further stated “Emotions are the connection between our beliefs and our behavior”! Since emotion creating neuropeptides reside in the CNS, organs and musculoskeletal system, the old saying, “I have the gut feelings”, “I feel it in my bones”, “He gets under my skin” and “My stomach is tied in knots”, now make perfect sense.

As a doctor for the last 25 years I have observed a universal fact. Patient’s physical complaints do not improve if underlying emotional or spiritual problems are not resolved. This is why I have developed an emotional/spiritual healing therapy. I utilize a highly effective diagnostic and therapeutic protocol which I have named Cognitive Energetic Therapy (CET).

The cognitive aspect of this therapy involves the patient listening to and thinking about very specific deductive questions I pose to them about the possible source and onset of their current underlying emotional problem. The questions specifically deal with their family, friends, finances and occupation. These are the major issues in almost everyone’s life. Typically within 5 to 10 questions it can be determined with virtual certainty the date of onset and the person who created this underlying emotional distress. The energetic aspect of this therapy involves the use of cold laser, therapeutic magnets and acupressure on specific organs, acupressure points, and neuroemotional points. 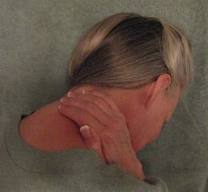 For example, a middle aged woman came to me with a chief complaint of chronic neck pain (30 years). No medication stopped the pain, no therapy or adjustment gave lasting relief. He neck would soon return to painful spasms and she did not know why. Six deductive and diagnostic questions revealed she had molested by her uncle when she was only 5 years old (over 45 years ago). As she was sobbing she couldn’t believe she was still suffering the ill effects of that trauma long ago. Five additional questions revealed the therapeutic resolution. She was griped by deep seated fear which sends neuropeptides to the kidneys. (No wonder she wet the bed until she was 14). She held toxic anger, which directed neuropeptides to the liver, the major organ of detoxification.” (No wonder she had toxic trigger points in her neck). Finally she repressed feelings of being lost and vulnerable which stimulate neuropeptides to the heart. (Now she understood why her heart was always racing even at the slightest provocation). In addition she was never able to commit to a long term loving relationship and remained single.

CET focused on energizing her heart, liver, and kidneys with cold laser, therapeutic magnets and acupressure, while she repeated positive affirmations of forgiveness toward her uncle and herself to remove self-loathing. In addition she recited affirmations of love, courage, and safety which further energized the positive emotions of her heart, kidney and liver. Finally we replaced her negative limiting beliefs she developed over the years with a list of unlimited beliefs to be recited three times per day.

In three sessions her neck pain and spasm were resolved. She was able to exercise without pain and held her spinal adjustments. Only when her underlying emotional and spiritual problems were revealed and eliminated did her chronic pain and spasms resolve.

2 thoughts on “Direct connections between physical maladies and mental health”