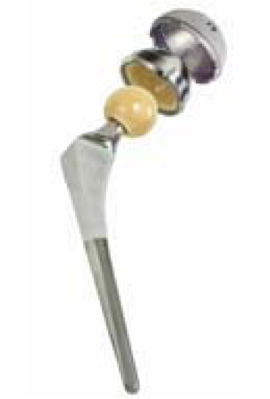 Stryker Corporation is a medical device manufacturer based out of Michigan that has been around for the better part of the last century. The company has been largely successful over its long history, but back in 2005, there were signs that one issue would cause the company problems for the next several years. The Trident hip replacement device, manufactured by Stryker, was the subject of a whole host of complaints by those who received the device in hip replacement surgery.

In March of 2007, the U.S. Food and Drug Administration (FDA) issued a warning to Stryker after visiting two of its manufacturing facilities. The warning indicated that there were known risks due to inadequate quality control in the inspected facilities that the company failed to remedy even after it was given notice. Later that year, the FDA issued another letter to Stryker reiterating the same problems and naming several more – such as the presence of staph-infection-causing bacteria in the plant.

By the time Stryker issued a recall for its Trident Acetabular Cup System and Trident Hemispherical Cup System in January of 2008, the problems with the products were well known in the medical device industry. The manufacturing and quality control issues with these products caused a multitude of problems for patients. In addition to a higher than industry-accepted rate of need for revision surgery, the Trident was associated with abnormal pain, squeaking coming from the joint, and fractured hipbones.

This is slightly different than the straightforward high rate of failure that led to the DePuy ASR recall. After finally acknowledging that the ASR was prematurely failing in patients at rates completely unacceptable for medical devices, DePuy issued a recall of the product in August of 2010. ASR litigation is still in its early stages, but ir is progressing. Just last month, the initial case management conferences were held regarding the consolidated ASR lawsuits.

Though these ASR lawsuits are progressing, it is not too late to file an ASR lawsuit and seek out the compensation that you deserve. The attorneys at the Rottenstein Law Group are currently discussing potential claims with clients. Please click here to request a free consultation with an RLG attorney.