This is on the money – my father died last November 25th – and he had been on citalopram for a number of years – December 2009 he started having seizures which increased in frequency and severity.

Over the next 6 months he completely lost the plot – was diagnosed as “vascular dementia” – brought about by multiple mini-strokes – temporary ischemic events.

He had been fighting prostate cancer and a number of other adversities and so antidepressants had been a sensible treatment it seemed.

He died 5 years and one day after my mother and one week shy of his 80th Birthday.

Newer Antidepressants in Older Patients May Be Risky

August 5, 2011 — Use of antidepressant medication in those over age 65 is risky, new research suggests.

A population-based cohort study in the United Kingdom published online August 2 in the British Medical Journal showed significant associations between the use of antidepressants and adverse outcomes, including falls, stroke, seizures, and all-cause mortality in elderly people with depression. 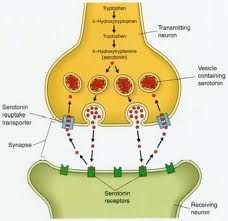 “Our findings are new and unexpected, and need to be confirmed in other studies,” lead author Carol Coupland, PhD, University of Nottingham, United Kingdom, told Medscape Medical News.

NOTE: – THESE ARE THE SSRI’s REFERRED TO:

Drugs in this class include (trade names in parentheses):

The study was commissioned and funded by the United Kingdom’s National Institute of Research Health Technology Assessment program in 2006 to investigate the potential risks of antidepressant use in the elderly.

“Little is known about the adverse effects associated with antidepressants in the elderly, who may be at increased risk because of their higher levels of comorbidity, age-related physiological changes, and polypharmacy,” Dr. Coupland said.

“Older people are also under-represented in clinical trials of antidepressants, and most of these trials are short-term, which makes it difficult to derive reliable estimates of the incidence of adverse events in this group,” she said.

Dr. Coupland and her team identified 60,746 patients aged 65 to 100 years with a newly diagnosed episode of depression between 1996 and 2007. The mean age of the patients was 75 years; 33.3% of patients were men and 66.7% were women. Many patients had other conditions, such as heart disease and diabetes, and were taking several medications.

They were followed for a mean of 5 years, and the total number of person-years of follow-up was 305,188.

During follow-up, 89% of the cohort (n = 54,038) received at least 1 prescription for an antidepressant drug. SSRIs accounted for 54.7%, TCAs made up 31.6%, and the group of other antidepressants (venlafaxine hydrochloride, and mirtazapine) made up 13.5% of prescriptions. Only 0.2% of prescriptions were for monoamine oxidase inhibitors, and patients who were prescribed these drugs were excluded from the analysis.

After adjusting for confounding factors, including age, sex, severity of depression, other illnesses, and use of other medications, the study showed that SSRIs and drugs in the group of other antidepressants were associated with an increased risk for several adverse outcomes compared with TCAs.

For the SSRIs, the adjusted hazard ratios (HR) were as follows:

For the group of other antidepressants the adjusted HRs were:

Among individual drugs, trazodone, mirtazapine and venlafaxine were associated with the highest risks for several outcomes.

“This is new research and needs confirmation in further studies. It has shown associations but not necessarily a direct causal link, so there is no need for patients to change or stop their treatments at this stage if they are finding them beneficial,” Dr. Coupland cautioned.

“Doctors should also advise patients that adverse effects are most common during the first few weeks of treatment, and they should be monitored during this period,” she added.

Asked whether TCAs are safer to use in older individuals, Dr. Coupland replied: “Our study suggests this might be the case, but our findings could also be due to residual confounding due to differences between patients prescribed different antidepressant drugs.”

Her hope is that this study will prompt further research leading to clearer guidance on how best to treat depression effectively but safely in older people.

In an accompanying editorial, Ian B. Hickie, MD, from the University of Sydney in Australia, writes that the study has clear implications for more informed prescribing and enhanced clinical monitoring.

“Given the potential harms, the decision to prescribe for an older person with depression should not be taken lightly,” he writes.

He adds that older people require careful monitoring for adverse effects and recommends that they be seen at least weekly during their first month of treatment and again when the drugs are stopped.

Medscape Medical News asked Josepha A. Cheong, MD, professor of psychiatry at the University of Florida College of Medicine in Gainesville, to comment on the findings.

Dr. Cheong, who specializes in geriatric psychiatry, said the paper was important because it serves as a general reminder that geriatric patients are more likely to have medical comorbid conditions, medical complications, and increased sensitivity to side effects at lower doses than younger matched cohorts.

She also questioned the suggestion that TCAs may be safer in older people.

“Just because traditional TCAs in low doses were found to have fewer associated mortality and morbidity outcomes than SSRIs does not necessarily imply that they are safer or better tolerated, as their inherent side effect profiles tend to decrease efficacy due to patients’ early discontinuation or intolerance of side effects at therapeutic doses,” she said.

“Use caution whenever starting any medication in a geriatric patient,” she said. “Carefully consider concurrent medications and potential for drug-drug interactions, prescribe a medication only if absolutely indicated and with clear therapeutic goals that can be documented with assessment, and use the minimum therapeutically effective dose to maximize therapeutic response while minimizing potential side effects.”

This study was funded by NIHR Health Technology Assessment Programme. Dr. Coupland has disclosed no relevant financial relationships. Dr. Hickie reports that his research is supported principally by a National Health and Medical Research Council Australian Medical Research Fellowship and that he has also has participated in depression awareness projects for health professionals supported by government, community agency, and industry sponsors, including Wyeth, Eli Lily, Servier, Pfizer, and AstraZeneca. Dr. Cheong has disclosed no relevant financial relationships.

4 thoughts on “Newer Antidepressants in Older Patients May Be Risky”