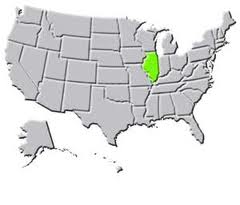 An Illinois man who recently underwent revision surgery because of a defective DePuy ASR hip implant is now worried that his life will never be the same. According to a report in The State-Journal Register, Larry Barnett fears the damage caused by the DePuy ASR hip replacement will prevent him from taking part in activities he once enjoyed, such as horseback riding and water skiing.

The DePuy ASR Hip Implant System is a metal-on-metal hip implant made of chromium and cobalt, consisting of a cup that’s implanted into the hip with a ball joint that connects to the leg. In August, DePuy Orthopaedics, a division of Johnson & Johnson, issued a recall for the ASR XL Acetabular Hip Replacement System after data from the National Joint Registry of England and Wales showed that 1 out of every 8 patients (12%-13%) who had received the devices had to undergo revision surgery within five years of receiving it.

According to The State-Journal Register, Barnett actually had both hips replaced back in 2008. In his first surgery, he had the DePuy ASR system implanted in his right hip. A later surgery on his left hip used a different implant. In 2010, he began experiencing pain on his right side, and in July, he said he heard popping in his right hip, according to The State-Journal Register. His wife says she could hear the popping from across the room.

Barnett had his DePuy ASR hip implant removed earlier this month, but will not be able to start physical therapy for several weeks. His wife said this latest surgery has been even more difficult for him than either of his first two implants. What’s more, Barnett said he is extremely worried that the DePuy ASR hip implant, despite being removed, will impact his long-term health.

He has good reason to be worried. It is believed that many of the complications linked to the DePuy ASR XL Acetabular hip implant are caused by wearing of the metal components, which can allow cobalt and chromium shavings to make their way into patients’ bloodstreams. This can cause a reaction known as metallosis, which can result in tissue breakdown, bone loss, and even the formation of non-cancerous tumors. The shedding of metal shavings can also cause cobalt poisoning, a disorder that, if left untreated, can put patients at risk of tinnitus (ringing in the ears), vertigo, deafness, blindness, optic nerve atrophy, convulsions, headaches, peripheral neuropathy, cardiomyopathy, and hypothyroidism.

Barnett underwent blood testing in November, and found out his chromium level was elevated. He doesn’t know if his doctor discovered any tissue damage when he had his revision surgery, but he will find out later this month when he receives his medical records.

According to The Star-Journal Register, Barnett is one of hundreds of people who have filed lawsuits against DePuy Orthopaedics and Johnson & Johnson over their defective hip implants. Barnett’s lawsuit claims that DePuy knew the ASR hip replacement system was defective, but continued to sell it. Because he has filed a lawsuit, DePuy has refused to pay the medical bills Barnett has incurred from his revision surgery.