Different types of arthritis are treated with different drugs. Drugs are given to improve the symptoms and, where possible, to slow or halt the progress of the condition. Depending on your type of arthritis your doctor may need to give you a combination of one or more specific drugs to deal with the disease itself, as well as more general drugs to help you with the pain, stiffness or inflammation that are the symptoms.

There are four main groups of drugs used to treat arthritis: 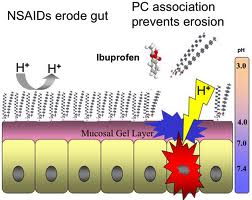 There are many different non-steroidal anti-inflammatory drugs (NSAIDs), for example aspirin, ibuprofen, naproxen, indometacin, diclofenac and ketoprofen. The name means they reduce pain and stiffness due to inflammation of the joints, without using steroids.

The ‘coxibs’, or COX-2-specific NSAIDs, are a family of drugs that perform the same function as standard NSAIDs in that they reduce inflammation, but they are less likely than standard NSAIDs to cause stomach upsets, heartburn and indigestion. Examples of coxibs include celecoxib (brand name Celebrex) and etoricoxib (Arcoxia).

Why are NSAIDs prescribed?

NSAIDs are helpful in the treatment of arthritis because they relieve pain and stiffness. They have no long-term effect on the disease. They are often taken in addition to simple painkillers.

When and how do I take NSAIDs?

NSAIDs are usually taken as tablets or capsules but many are available as a liquid suspension, as a suppository, or as a topical cream or gel.

Tablets or capsules should be taken with a full glass of fluid, with or shortly after food, and as directed by your doctor. Some NSAIDs are taken only once a day (especially those in a ‘slow-release’, ‘sustained-release’ or ‘retard’ preparation), while others are taken 2–3 times a day.

Your doctor will advise you about the correct dose to take. Usually a low dose is prescribed initially, and then increased if necessary.

For any patient who is prescribed NSAIDs (including coxibs), doctors have been advised to use the lowest effective dose for the shortest period of time.

How long do NSAIDs take to work?

NSAIDs work quickly, usually within a few hours, although the maximum benefit can take 2 weeks or sometimes longer.

What are the possible risks or side-effects?

Possible side-effects of NSAIDs include:

If you develop any new symptoms you should stop taking the drug and tell your doctor or rheumatology nurse specialist as soon as possible.

NSAIDs can damage the lining of the stomach and cause bleeding, particularly if taken in higher doses or over a long period of time. They should therefore only be used with caution and only continue to be used if they are controlling your symptoms. You should not take them if you have a history of indigestion or stomach ulcers. Drugs known as proton-pump inhibitors are commonly prescribed along with NSAIDs to help reduce the risk of side-effects on the stomach.

Caution is required in the use of NSAIDs if you have:

or if you take warfarin. Your should discuss this with your doctor.

Although the increased risk of heart attack and stroke with NSAIDs is small, NSAIDs are very unlikely to be prescribed if you have heart disease, if you have had a heart attack or stroke in the past, or if you have peripheral vascular disease (circulation problems in the limbs, usually in the legs). You should not take etoricoxib if you have high blood pressure which is not under control. Doctors have also been advised to be cautious about prescribing NSAIDs to people who have an increased risk of heart disease, such as people with high blood pressure, high cholesterol levels (hyperlipidaemia) or diabetes, or people who smoke. Further information regarding associations between NSAIDs, heart attacks and strokes is currently being researched.

Coxibs can cause serious, and sometimes fatal, skin reactions, although these reactions are rare. If you are concerned about your medication or if you need more information, talk to your doctor or rheumatology nurse.

What other treatments could be used instead of NSAIDs?

A number of other drugs are used in the treatment of arthritis and related conditions. Your doctor will discuss these other options with you.

Will I need any special checks while on NSAIDs?

Your doctor may wish to take your blood pressure. Generally speaking, monitoring blood tests (where a blood sample is taken) are not required for people on NSAIDs, although in certain situations these may be needed.

Can I take other medicines along with NSAIDs?

Some drugs, such as warfarin, interact with NSAIDs, so you should discuss any new medications with your doctor before starting them, and you should always tell any other doctor treating you that you are taking NSAIDs.

You should not take NSAIDs if you are allergic to aspirin. Discuss this with your doctor.

Some NSAIDs, such as aspirin and ibuprofen, are available without prescription. It is unwise to take more than one NSAID at any one time, and some people should not take NSAIDs at all. Do not take any other over-the-counter preparations or herbal remedies without discussing this first with your doctor, rheumatology nurse or pharmacist.

You can have immunisations while on NSAIDs.

Can I drink alcohol while on NSAIDs?

You can drink alcohol in moderation, although alcohol and NSAIDs can both upset the stomach.

Do NSAIDs affect fertility or pregnancy?

NSAIDs are not generally recommended during pregnancy. If you are planning a family or become pregnant you should discuss this with your doctor as soon as possible. Some recent studies suggest that NSAIDs taken around the time of conception may increase the risk of miscarriage. Paracetamol does not have this effect.

Some NSAIDs should not be taken while breastfeeding. The drugs may pass into the breast milk and could be harmful to your baby. Discuss this with your doctor.

Where can I obtain further information?

If you would like any further information about NSAIDs, or if you have any concerns about your treatment, you should discuss this with your doctor, rheumatology nurse or pharmacist. 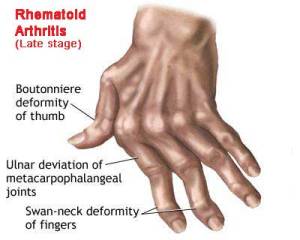 This group of drugs includes gold, hydroxychloroquine, methotrexate and sulfasalazine.

They are used mainly in the treatment of rheumatoid arthritis but also in some other rheumatic diseases. They reduce pain, swelling and stiffness. They do not work at once but may take several weeks to work. If you do not do well on one of these drugs, or if you develop any side-effects, then your doctor may try one of the others.

Another group of disease-modifying drugs are immunosuppressant drugs. They are termed ‘immunosuppressant’ because they suppress the immune system (the body’s own defence system).

They include azathioprine, ciclosporin, cyclophosphamide, leflunomide and mycophenolate. Methotrexate also has effects on the immune system. Because these drugs affect the immune system they may produce side-effects, and so need careful monitoring. Immunosuppressant drugs are often used to treat cancer but you can be reassured that your arthritis has nothing to do with this disease, and when used for arthritis lower doses of the drugs are administered.

A newer group of drugs are the so-called ‘biologicals’. These include the anti-TNF drugs (adalimumab, certolizumab pegol, etanercept and infliximab), rituximab and tocilizumab.

These drugs can reduce joint inflammation in people with rheumatoid arthritis and may also be used in some other inflammatory diseases. These drugs are currently only being used in people who have not responded to other disease-modifying drugs.

Important points to remember about drug treatment of arthritis

General points to remember about all drugs

If you are in any doubt about your drug treatment for your arthritis, ask your doctor, rheumatology nurse or pharmacist for advice.

5 thoughts on “Arthritis drugs and medication”