A case dismissal is overturned as Stryker fends off a lawsuit holding its subsidiary Howmedica liable for design, manufacturing and marketing defects in its Scorpio TS knee replacement implant.

A Fifth Circuit court overturned a lower court‘s decision to dismiss a case against a knee implant sold through Stryker Corp. (NYSE:SYK) subsidiary Howmedica Osteonics, and the case will move to trial.

Patient Lynn Brandau argued that Howmedica should be held liable for defects in design, manufacturing and marketing of its Scorpio TS knee replacement device, which she had implanted and then removed from her right knee.

Stryker attempted to have the case dismissed for being outside of the legal timeframe for bringing a complaint to court since Brandau first began to experience pain in January 2008 and didn’t file the claim until September 2010, missing the two-year window. 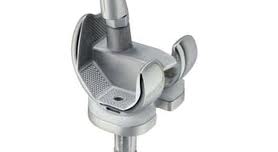 he court decided that “Brandau’s cause of action did not automatically accrue when she began to experience pain” and overturned the lower court decision, ruling in favor of Brandau, who argued she could not have known there was an issue with the implant until she had an X-ray in September 2008, court filings show.

Brandau first received the implant in October 2007, replacing her right knee. When the implant was removed in February 2009, it appeared that a threaded stem on the tibial facet had become loose and make the implant unstable.

In May of last year Stryker won a similar lawsuit against Howmedica’s Duracon Total Knee system brought by a patient who suffered an allergic reaction to the nickel contained in the device. Judge Glenn Suddaby of the U.S. District Court for Northern New York tossed the lawsuit, ruling that the patient failed to demonstrate “either a design defect or the existence of inadequate warnings,” according to court documents.

That followed another court win for Howmedica and Stryker, in which a Texas judge decided to toss a lawsuit over an allegedly defective hip implant. Stryker also won the dismissal of a whistleblower lawsuit in Michigan in 2010, after a judge ruled that plaintiffs failed to prove that Stryker sales reps initiated a kickbacks scheme.