MICHELLE O’RIELLY Source: Barossa Herald
02 Aug, 2011 02:54 PM
If Neville Fennell can do it, then so can you.The cycling enthusiast, from Stockwell, is preparing for his ninth Tour Down Under bike ride after registering under the 2012 Bupa Challenge Tour.

Neville took up bike riding after falling from a horse and breaking his hip 10 years ago.

He took up cycling to strengthen his back and get back into shape.

He only missed the Tour Down Under in 2005 when he was recovering from a full hip replacement.

Next year’s Bupa Stage 4 route will be held on Friday, January 20. The 2012 Santos Tour Down Under will be held in Adelaide and regional South Australia from January 15 to January 22.

While participants have the opportunity to tackle either 102km, 79km and 33km rides, as part of the tour’s 10th anniversary next year, Neville will be among a large group of Barossa people who will take on the 138km ride from Norwood to Tanunda.

Neville said entering the race means doing something he enjoys, but would prefer to go without the heat, sweat and the “sore bottom”.

Neville’s success of completing the challenges has also rubbed off on wife Dianne, who is currently in training to enter a smaller distance challenge.

Also, riders who take part in the full 138km distance can choose to take on the challenge of the Škoda King of the Mountain climbs at Smith Hill in Kersbrook and Menglers Hill in the Barossa, which Neville hopes to complete. 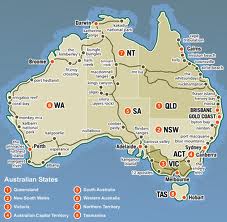 The early bird register date for the 2012 Bupa Challenge has passed, yet cyclists can still enter and check out prices by visiting www.tourdownunder.com.au or contact 8463 4701.