The company posted a net income of $6.1 million (or 16 cents per share) in the reported quarter versus $4.8 million (or 13 cent per share) a year ago. Net income for second-quarter 2011 included the after-tax impact of about $2.4 million of expenditure related to the company’s deferred prosecution agreement (“DPA”). Net income for the year-ago period included $0.6 million of expenses related to U.S. government inquiries and restructuring costs of $0.46 million. 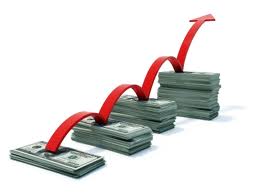 Net sales for the quarter were $132.5 million, up 4% year over year in reported terms (flat on a constant currency basis), beating the Zacks Consensus Estimate of $132 million.

Wright Medical reports sales in four major segments, namely Hip, Knee, Extremity and Biologics, which accounted for 34%, 25%, 25% and 14%, respectively, of net revenues for the quarter.

During the quarter, Wright Medical announced the commercial launch of new products for the foot and ankle market including Fusionflex Demineralised Moldable Scaffold and the Inbone II Total Ankle Replacement System.

With regard to the DPA, Wright Medical is unable to provide any assurance for a consensual settlement, and the timing and terms for the same.

Wright Medical confirmed its sales forecast for fiscal 2011 in a band of $517 million to $535 million, flat to up 3% year over year. Excluding the negative impact (of 1% to 2%) from its agreement with Kinetic Concepts (NYSE:KCI), sales are expected to grow in a range of 1% to 5%. The company continues to expect adjusted earnings per share (including stock based compensation) in a band of 70 to 78 cents, flat to up 11% year over year.

Our views are moderated by intense competition from larger players and pricing pressure.  Wright Medical competes with much bigger names such as Zimmer Holdings (NYSE:ZMH), Stryker (NYSE:SYK) and Smith & Nephew (NYSE:SNN). We are currently Neutral on the stock, backed by a short-term Zacks #3 Rank (Hold).