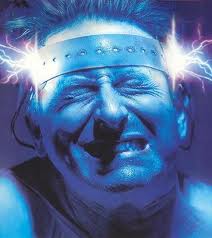 December 21, 2011 — A molecular signature found in serum samples may predict future development of Alzheimer’s disease (AD), even before the first symptoms of the disease occur in patients, new research suggests.

In a cohort study of more than 100 elderly patients with mild cognitive impairment (MCI), investigators found that those who progressed to AD less than 4 years later had a molecular signature suggesting a state of increased hypoxia.

“The study therefore suggests that a blood test may eventually be available to identify the patients at risk of AD who could then be followed-up more tightly,” said Dr. Orešič.

The investigators note that the application of a simple biochemical assay from these blood tests could complement neurocognitive assessments given to elderly patients.

“Establishment of pathogenic relevance of predictive biomarkers such as ours may not only facilitate early diagnosis, but may also help identify new therapeutic avenues,” they write.

The study was published online December 13 in Translational Psychiatry.

MCI is considered a transitional phase between normal aging and AD.

“MCI confers an increased risk of developing AD, although the state is heterogeneous with several possible outcomes, including even improvement back to normal cognition,” the investigators write.

Dr. Orešič reported that he has been investigating metabolome (the complete set of small-molecule metabolites) in relation to health and disease for nearly 10 years, with lipids being one of his main areas of study.

“Lipids are known to play an important role in AD pathogenesis, but it has not yet been known whether lipids or any other small molecules can also be good predictive markers of AD,” he explained.

For this study, the investigators used metabolomics, a method of detecting small metabolites, to produce blood profiles associated with the progression of AD.

They evaluated information on 143 patients diagnosed with MCI from longitudinal databases and then compared their findings to data from 46 healthy control volunteers and 37 patients with AD.

Blood samples were collected at baseline (time of diagnosis or upon identification as healthy control participants) and during a follow-up period, the average of which was 27 months (±18 months).

Hypoxia May “Kick Off” AD

Results showed that 52 of the patients with MCI progressed to AD by the end of the follow-up period.

Although 3 metabolites were identified in the molecular signature of the MCI patients who progressed to AD, “the main contributor to the predictive model” was 2,4-dihydroxybutanoic acid (P = .0048). This indicated the potential involvement of hypoxia.

Analysis of metabolic pathways showed that upregulation of the pentose phosphate pathway was associated with AD progression; this also implicated hypoxia, along with oxidative stress, as having a role in early disease process.

Dr. Orešič noted that there were two surprising aspects to the study. First, although past research has shown that several membrane phospholipids, as measured in blood, were diminished in patients with AD, “these lipids were not early predictors of AD in our study.”

Instead, “the lipid-specific changes may be a later event in AD pathogenesis,” he said.

“Second, instead of lipids, we observed metabolic changes associated with hypoxia as early predictor of AD, suggesting that hypoxia may be an early event kicking off the AD.”

Dr. Orešič reported that the investigators are now “aiming to validate our findings” in a large prospective cohort. In addition, they are striving to better understand the physiological origin of the molecular changes observed in the blood.

“For this reason, we are currently undergoing detailed metabolomics analyses of cerebrospinal fluid samples from the same patients. Further related studies in this direction are also being considered.”

The study was supported under the 7th Framework Program by the European Commission and by grants from the Health Research Council of The Academy of Finland and from Kuopio University Hospital. Dr. Orešič has disclosed no relevant financial relationships.