I am bilateral and have experienced both joy and disappointment. 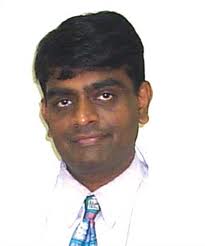 In 2005 I went to see Dr. Bose in Chennai India and it was without a doubt the most positive experience I have known. I am from Vancouver. B.C. and the doctors here said a THR was the only option at my age of 65.

Dr. Bose offered me a resurfacing and I was thrilled.  The organization of the entire team was wonderful.  I was met at the airport, driven to the hotel and the following day driven to the hospital to check in to my room, have tests and meet Dr. Bose.

Dr. Bose showed me the device he would use and answered all my questions.  I felt complete confidence in Dr. Bose and was excited.

When doing research on resurfacing I was fortunate to connect with Vicky and Mary who were going to be there at the same time.  When we met it was like seeing old friends.

The resurfacing and recovery went well for each of us. We shared a cab to  FC and enjoyed the meals together,  the visits, walks and the wonderful staff.

I met with Dr. Bose for the final consult and my ROM was perfect.  No pain and I was so happy.  Dr. Bose is amazing. And the entire experience was positive.

Now, the disappointment of my Montreal surgery.

My surgery was over a year ago in July 2010 and it is still hard to write/talk about.

Unfortunately, I could not afford to return to see Dr. Bose for my right hip, and started looking for a doctor in Canada who would do a resurfacing.

In Jan. 2010 I flew across Canada from British Columbia to Montreal for an initial consult.

I took the night flight and arrived the following morning for an 11:00 a.m.  appt. When I reached the hospital the waiting room was packed ( over 35 people ) and I was told I would be seen on a first come first serve basis which would be some time after 2 p.m. I explained I had a return flight booked that afternoon. An hour or so later I met with the doctor.

B.C. has age restrictions and very few doctors do resurfacing.  Dr. Bose said he could do a BMHR on my right hip.

The doctor I saw is one of the few doctors in Canada who will do a resurface, regardless of age.   This is the only reason I flew back east to see him.

During the consult, I sat while he examined the CD of the x-rays. He told me he would do a mid-way; something between a resurface and THR. I was assured it would not be a THR.

There was no physical exam, no further communication and the consult was over in less than 10 minutes. I took a taxi to the airport and flew back to B.C. From start to finish, the trip took 44 hours. Not sure why I was not permitted to mail the CD and avoid the expense and travel, but a consult is required before they will book a surgery.

I arrived the day before surgery, left my bags at the hotel and went to the hospital to check in. There were forms to sign, x-rays taken and payment for the surgery. The cost to the doctor was $990.00  (which is partially reimbursed by our medical)

The next morning I arrived at the hospital and some blood was taken from the top of my hand. My hand was purple and swollen for the next 2 weeks. Then I was taken to my hospital room which I shared with 3 men.

I waited in the room for an hour past the scheduled time of the surgery. Then my bed was wheeled to an area that would make a morgue look cheery and waited again. Not sure how long, but it felt like an eternity.

I was told they were getting ready for me and it would only be a few more minutes.  I was so excited and happy and had looked forward to this day. It was 2 years of saving money and the anticipation of being free of pain.

My experience in India with Dr. Bose was so amazing and I was sure this would also be a positive result.

I was given a spinal (there was no discussion about this previously)  and was in and out of awareness during the operation. In India we met the entire team before surgery.

After the surgery, I was told all went well and I could be weight bearing right away.

I “woke up” to a THR and never saw the doctor again.

There was the routine wait in recovery and then I was wheeled to the 8th floor for the remainder of my stay. The staff was wonderful and caring and I was happy and relieved to know I would soon be free of pain, but confused as to the THR and not the promised midway.

After surgery, I was numb from chest to feet, and my legs felt like a tree trunk. Later, the operated leg was swollen, black, green and various shades of yellow. I was unable to bend my knee for weeks.

There was no physical therapy except for a supervised walk using crutches on my last day.

Every day I watched for my doctor and wondered why he never came to say hello.  No one seemed to have an answer.

On my last day I was told he had left for vacation immediately after my surgery.  Later when I spoke with his secretary, she claimed she was certain she had told me about his holiday. This is something I most definitely would have remembered!

Also, I was not allowed to leave until I agreed to some medication that cost 375.00. I learned this on my last day and it was an unexpected expense.

I arrived at the hospital about 30 minutes early for my appt. for my wound check and because of the first come first serve policy (even though you have an established time) I sat for 3 hours. Then I was asked to wait in a small room where I would meet with the attending doctor, which was one more hour.

After waiting 4 hours past a scheduled appointment, I was exhausted.

Before I leaving hospital I had to pick up the CD of my x-ray.

The hospital is huge and as I was walking to the exit I felt very light headed and made my way to a bench. Just as I went to sit down I fainted. Luckily, a man was sitting nearby and supported my head as I collapsed. A few minutes later I was wheeled to emergency and was there for 4 hours.

The next morning I flew back home.

From the beginning I felt something was not quite right. I felt I was on a tilt. However I was told it was probably muscle tightness and to continue with the exercises.

I was able to see an orthopedic surgeon in B.C. for follow up and when I walked toward him he asked if I had a lift in my shoe. He said there appeared to be a LLD.

At the moment, I am living in a smaller community in B.C. but finally was able to find a physio specialist.

He determined I had a definite LLD of at least a solid ½ inch and closer to ¾ of an inch.

He tested the Indian side ( Dr. Bose resurfacing )  and was very impressed with the mobility. Said it was better than his own. When he checked the Montreal side (Different Surgeon) he looked down and just shook his head.

I tried to get answers from Montreal and one day broke into tears while on the phone.

Some weeks later, the assistant said that after further examination, the doctor acknowledges, there is a “minimal” discrepancy and suggested I try a Dr. Scholls foot insert.

I was tired of hearing from the assistants and wanted answers. I mailed a registered letter to the doctor and he did phone and said the placement was due to the valgus angle but the hips are level.

I am a former competitive and professional figure skater.

I am now left with a THR, restricted range of motion ( need a sock aid )  walk with a limp, pain and numbness. Plus I am concerned about balance.

Because of this surgery in Montreal (Different surgeon than the first other hip) a revision is considered high risk.