A single preoperative dose of tranexamic acid was found to significantly lower transfusion rates in patients who underwent total hip arthroplasty but did not impact transfusion rates in patients who underwent hip resurfacing, according to a study presented at the 2011 Annual Meeting of the American Academy of Orthopaedic Surgeons. 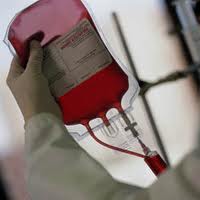 “Primary total hip replacement … is increasing in number, and the rate of transfusion reported in the literature has been wide and varied — anywhere from 14% upwards of 40%,” March said. “The purpose of our study was to evaluate the efficacy of a single preoperative bolus … of [tranexamic acid (TXA)] in reducing the allogenic blood transfusion rates both in our experience with total hip replacement and total hip resurfacing.”

Among the total hip TXA group, March reported a transfusion rate of 5.7%. Among control patients, the transfusion rate was 22.7%. March noted, however, that resurfacing patients actually displayed no statistical difference between the treatment group and matched controls.

“In conclusion, 1 g of tranexamic acid before total hip and resurfacing did have a significant impact upon the mean decrease in hemoglobin, as well as postoperative day one hemoglobin levels,” March said. “It also significantly reduced allogenic blood usage within total hip patients.”