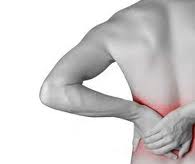 For six year, the effects of osteoarthritis slowly wore away at the cartilage in Ernest Houghton’s hip – forcing the once active 57-year-old jogger, tennis player and skier to give up many of the activities he loved. His life was ruled by intense pain and limited mobility, despite physical therapy and pain medications.

And like Houghton, the arthritis that began in 44-year-old Keith Stockmeyer’s hip following an accident several years ago was making it increasingly difficult for him to not only play with his five children, but also to do a job that required him to be on his feet all day. He, too, found very little relief from pain medications.

But even with severe arthritis pain in their hips, both men still had aspirations of leading long, healthy and active lives. In the first step to realizing that goal, they became the first two Michigan patients to receive ceramic-on-ceramic total hip replacements, following the February 3 United States Food and Drug Administration‘s approval of the implants manufactured by two companies.

The ceramic-on-ceramic implant, when compared in clinical trials to other hip implant options, has recently emerged as a safer and longer-term solution to total hip replacement for younger and more active patients like Houghton and Stockmeyer, says Blaha, a clinical professor in the Department of Orthopaedic Surgery at UMHS.

“This is a great new technology that will allow the young or the young at heart to function normally in life,” explains Blaha. “The ceramic has proven to be a very strong material, leading us to believe that there will be a very small chance that patients will need another hip replacement, which has always been a concern for our younger patients.”

The ceramic-on-ceramic implant consists of a ceramic ball bearing that fits into a ceramic-lined socket that is surrounded by a metal shell. The prosthesis replaces the head of the leg bone called the femur and the hip socket. Although the ceramic-on-ceramic implant has only recently been approved for use in the U.S., it has been in use for nearly 20 years internationally.

Unlike other implants such as metal-on-metal or metal-on-plastic, the ceramic-on-ceramic implant has been shown to create the least amount of particle debris from the ball and socket joint rubbing together during normal wear, a factor that increases its longevity. The ceramic-on-ceramic implant produces less than 1 micron of debris each year, while a metal-on-plastic implant can create 20 to 200 microns of debris each year. One micron is equal to approximately 0.00003937 inches.

Although Blaha says there is really no medical proof to show if such debris has a harmful effect in the body, it’s definitely something that many younger patients, like Houghton, take into account when deciding which implant to use.

“I know from my professional experience in manufacturing that rubbing metal against metal or even metal against plastic produces a fine dust – something I don’t want in my body,” says Houghton, who did extensive research before choosing the ceramic-on-ceramic implant. “Ceramic is an extremely durable and smooth material that creates little friction. As far as the implant goes, it’s definitely not the same material they use to make tea cups.”

In fact, the ceramic used in the implants is so strong, testing sequences have shown that it can withstand the weight of a small boat.

Following their surgeries in March, Houghton and Stockmeyer are both doing very well with their new hip implants, using crutches and walkers to keep weight off of the hip so the bone will be able to grow into the prostheses. Stockmeyer may even be able to go back to work in just a few weeks.

But even though the ceramic-on-ceramic will allow Houghton and Stockmeyer to lead long and active lives, there are certain limitations on duration and physical intensity of activities they will be able to do, as individually determined by their orthopaedic physicians.

The ceramic-on-ceramic hip implant is also not the best option for every patient in need of a total hip replacement, says Blaha. Patients younger than 65 are typically the best candidates for this type of prosthesis, to avoid wear and long-term adverse effects, such as dislocation, since they still have many active years ahead of them.

How a hip replacement is done for ceramic-on-ceramic implants:

With a total hip replacement surgery, both sides of the hip’s joints are resurfaced and replaced. The procedure begins with the femur bone being removed from the hip socket. The damaged femoral head, the ball, is then removed.

Next, the orthopaedic surgeon will remove any damaged bone or cartilage from the hip socket. A metal shell implant is placed in the hip socket, often secured by cement or screws. The ceramic liner is then placed inside of the metal shell.

Following a canal being drilled into the femur bone, a metal femoral implant is placed inside the bone. The femoral head is then attached to the femoral implant, and the new ball and socket implants are joined to form the new hip joint.

David Blaha is a successful author and regular contributor to http://www.hip-replacement-care.com.  Information on hip replacement, the cause, diagnosis, symptoms, surgery and treatment for recovery and rebuilding your body.