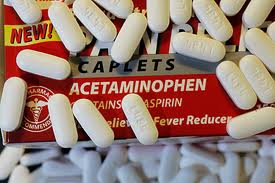 Even mild chronic pain — whether from arthritis, nerve damage, migraines, or another condition — can be debilitating. So it makes sense to take a pain reliever to make the hurt go away. But when you walk down the aisle of your local drug store, there are many pain pills to choose from. How do you know which pain pill to choose? And just what is the difference between aspirin, acetaminophen, and ibuprofen?

Aspirin and ibuprofen belong to a large class of drugs known as nonsteroidal anti-inflammatory drugs, commonly called NSAIDs. Both NSAIDs and acetaminophen can block pain and relieve fever. Together, they make up the most widely used group of drugs for treating pain conditions. Here’s information you can use in working with your doctor to find out if these pain pills are right for you.

How Do Anti-inflammatories, or NSAIDs, Differ From Acetaminophen?

The primary difference between NSAIDs and acetaminophen, such as Tylenol, lies in the way each relieves pain. Acetaminophen works primarily in the brain to block pain messages and seems to influence the parts of the brain that help reduce fever. That means it can help relieve headaches and minor pains. But it’s not as effective against pain associated with inflammation.

Inflammation refers to the swelling of tissue. It’s a common feature of many chronic conditions as well as injuries. It’s caused by natural chemicals in the body called prostaglandins. These chemicals cause tissue to swell. And, at the same time, they increase the intensity of the pain signal. They can also raise body temperature. NSAIDs reduce the level of these chemicals, thus lessening their impact. As a result, you feel less pain.

What Are Some Examples of NSAIDs?

You are probably already familiar with several types of NSAIDs. For instance aspirin is a widely used pain pill and at one time, aspirin was the only NSAID available without a prescription. Other NSAIDs, such as ibuprofen (Advil, Motrin) or naproxen sodium (Aleve), began as prescription drugs. Now they are sold, usually at a lower dose, as over-the-counter pain pills. 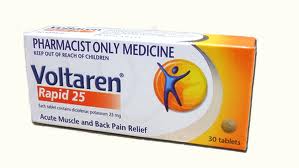 Other examples of NSAIDs include:

Some pain pills, such as Excedrin Migraine, combine an NSAID — in this case aspirin – with acetaminophen.

Another kind of NSAID — available only by prescription – is known as a COX-2 inhibitor. These medicines provide pain relief like other NSAIDs, but they are less likely to cause stomach problems. The only COX-2 inhibitor available in the U.S. is celecoxib (Celebrex).

How Do I Know Which NSAID Will Work for My Chronic Pain? 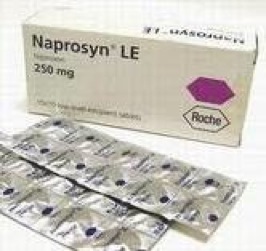 The effectiveness of any particular pain medication varies from person to person. So it may be necessary to try several different medicines at various dosages. Side effects — and their severity — vary from person to person. You may not be able to take a particular NSAID because your body can’t tolerate it. At the same time, your neighbor may take it and have no problem at all.

Whether you should take an over-the-counter pain reliever or a prescription-strength NSAID also varies from person to person. Remember, over-the counter painkillers are still medicines. They may be cheaper than prescription medicines and you don’t need a doctor’s prescription to buy them, but they can still have major effects on you. That’s especially true if you are going to take a pain pill long term for chronic-pain. If you need pain medicine for more than 10 days, talk to your doctor to see which one is right for you.

Before recommending a specific pain pill, your doctor will want to consider:

When you talk with your doctor, be sure to ask about anything you don’t understand. For the medicine to work, you need to follow the doctor’s directions exactly.

Are There Side Effects and Special Cautions Associated With NSAIDs?

Specific side effects vary from drug to drug. For instance, some NSAIDs are harsher on the stomach than others. But there are certain side effects that are common to NSAIDs as a class. Serious side effects include:

Other side effects include:

Your doctor or your pharmacist can give you specific information about the side effects of the particular drug you are taking.

In addition to side effects, there are serious health risks associated with NSAIDs. It is important to talk with your doctor before taking NSAIDs if any of the following apply to you:

Although aspirin taken in low doses with a doctor’s supervision can help protect some people from heart attack, NSAIDs can increase your risk of heart disease and stroke. They can also interfere with blood pressure medicine making it less effective.

Children and teenagers under the age of 18 should not take aspirin unless their doctor says to. There is a risk of Reye’s syndrome, a potentially fatal disease. And people who take a Cox-2 inhibitor should not take other NSAIDs.

So Should I Take an NSAID to Manage My Chronic Pain?

Anti-inflammatory drugs have a long history of success. Many people are able to manage their chronic pain quite well using NSAIDs as part of their management plan. For most, side effects, if any, are minor. But all medications have associated risks. All medications also have benefits. Deciding to take an NSAID or any medication involves weighing the risk against the benefit.

The bottom line: talk with your doctor. Your level of risk depends on the state of your overall health. Your doctor can help you determine whether or not an NSAID would be right for you.