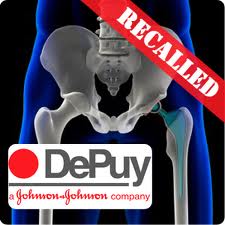 More than 1,000 lawsuits have been filed against DePuy Orthopaedics for injuries suffered from its failed ASR Acetabular hip joint implant.

According to a new Wall Street Journal report, the flood of lawsuits appears to be the next big mass litigation against a pharmaceutical company or medical device maker, but the amount of lawsuits may be dwarfed by previous lawsuits filed over defective drugs like Vioxx.

The DePuy ASR hip implant was recalled in the fall of last year after a study found that it could fail early in as many as 30 percent of the people who’ve received it. According to the report, DePuy’s parent company Johnson & Johnson says it has reimbursed more than 25,000 people for injuries suffered because of the ASR hip implant.

The company has also set aside nearly three-quarters of a billion dollars to pay for impending lawsuits and revision surgeries to remove the recalled device from recipients.

The ASR implant features metal-on-metal technology, which the British study indicates is the device’s major downfall. Lawsuits allege DePuy knew of problems related to its implant but continued to market the device.

People filing lawsuits also claim the device’s gradual wear-and-tear has led to a toxic build-up of cobalt and chromium in their bloodstream.

Lawsuits against DePuy Orthopaedics have already been consolidated in a federal court in Ohio.

The ASR device was approved by the Food and Drug Administration through its fast-track approval system, which grants approval based on the idea that a new device mirrors a previously-approved product. In this case, the previously-approved device was DePuy’s own Pinnacle hip implant, which has also drawn interest from attorneys since more and more people have complained this device is causing similar problems to the ASR implant.