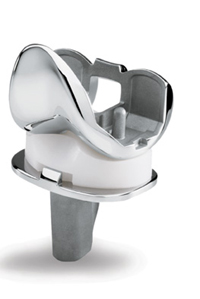 The motion comes in anticipation of what some Zimmer NexGen knee replacement lawyers expect will become hundreds of similar claims filed on behalf of individuals who charge that they received a defective knee implant and as a result had to undergo revision surgery or suffered permanent and debilitating injuries as a result of a Zimmer NexGen knee.

The motion was filed on June 6 on behalf of plaintiff Fred Stone, who proposed that the federal litigation be transferred to the U.S. District Court for the Northern District of Illinois and be overseen by Judge Joan LeFkow.

Plaintiffs claim to have suffered from catastrophic implant failures, had permanent problems walking or had to undergo revision surgery to remove or replace the implants because they failed far in advance of their projected lifespan.

At the time of filing there were 28 Zimmer NexGen knee implant claims pending in 13 federal judicial districts across the country, and indications are that there are at least 200 other potential cases that had not yet been filed.